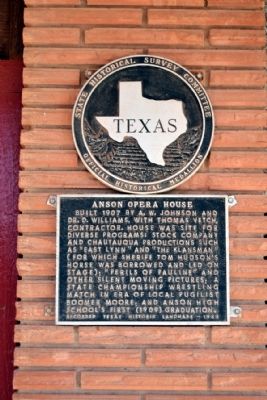 Built 1907 by A.W. Johnson and Dr. D. Williams, with Thomas Vetch, contractor. House was site for diverse programs: stock company and Chautauqua productions such as “East Lynn” and “The Klansman” (for which Sheriff Tom Hudson’s horse was borrowed and led on stage); “Perils of Pauline” and other silent moving pictures; a state championship wrestling match in era of local pugilist Boomer Moore; and Anson High School’s first (1909) graduation. 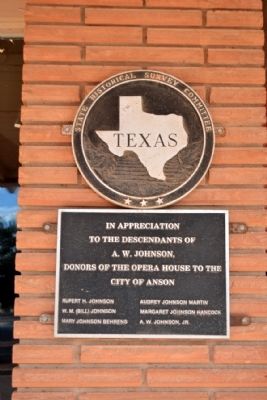 More about this marker. On the other side of the building entrance is an accompanying medallion and tablet with the inscription “In appreciation to the descendants of A.W. Johnson, donors of the opera house to the city of Anson” with the following names: Rupert H. Johnson, Audrey Johnson Martin, W.M. (Bill) Johnson, Margaret Johnson Hancock, Mary Johnson Behrens, and A.W. Johnson, Jr. 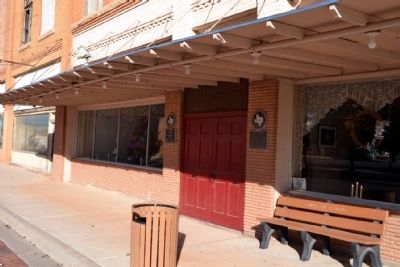 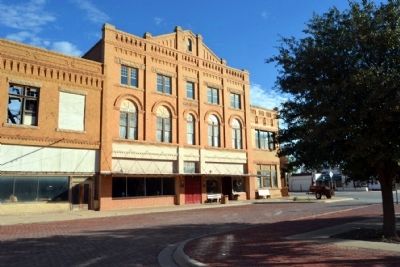 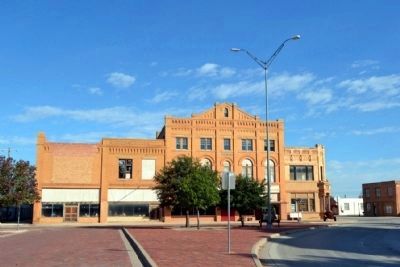 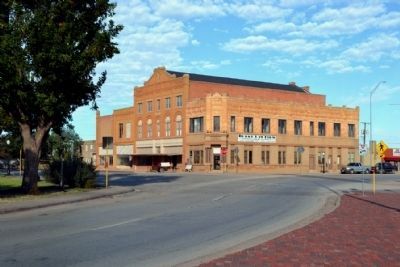