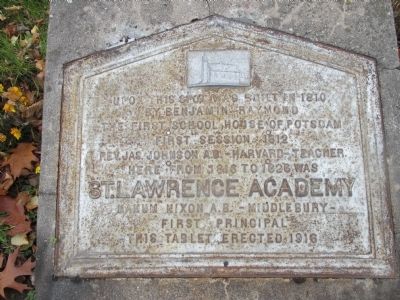 Topics. This historical marker is listed in this topic list: Education. A significant historical year for this entry is 1810.

Other nearby markers. At least 8 other markers are within walking distance of this marker. The Clarkson-Knowles Cottage (about 600 feet away, measured in a direct line); Potsdam Fire Department Members Who Served in World War II 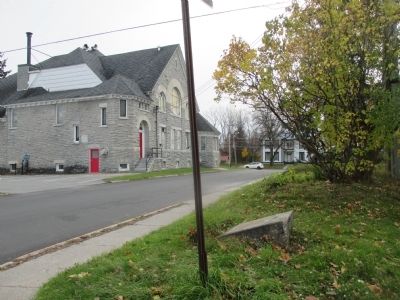 Here is the full text of the Charter of St. Lawrence Academy from the picture of the original on pages 18 & 19 of the Spring 2016 Vol. 10 No.2 edition of Potsdam People magazine published by SUNY Potsdam:
"The Regents of the University of the State of New York: To all whom these presents shall or may come Greeting: Whereas Benjamin Raymond, Pierce Shepard, John Burroughs and others by an instrument in writing under their hands and seals bearing date the twenty fifth day of January in the 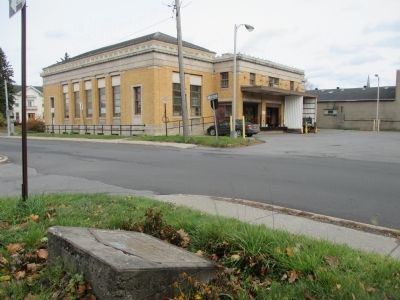