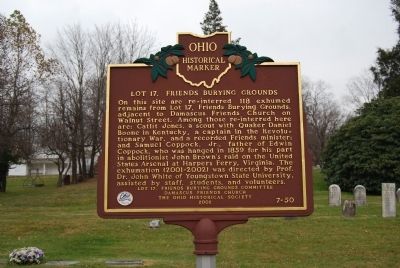 On this site are re-interred 118 exhumed remains from Lot 17, Friends Burying Grounds, adjacent to Damascus Friends Church on Walnut Street. Among those re-interred here are: Catlit Jones, a scout with Quaker Daniel Boone in Kentucky, a captain in the Revolutionary War, and a recorded Friends minister; and Samuel Coppock Jr., father of Edwin Coppock, who was hanged in 1859 for his part in abolitionist John Brown's raid on the United States Arsenal at Harpers Ferry, Virginia. The exhumation (2001-2002) was directed by Prof. Dr. John White of Youngstown State University, assisted by staff, students, and volunteers.

Topics and series. This historical marker is listed in this topic list: Cemeteries & Burial Sites. In addition, it is included in the Ohio Historical Society / The Ohio History Connection, and the Quakerism series lists. 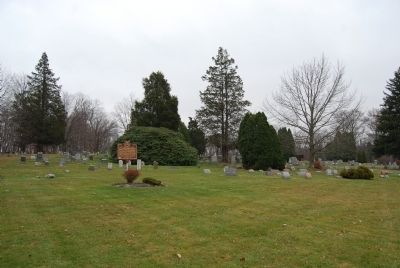 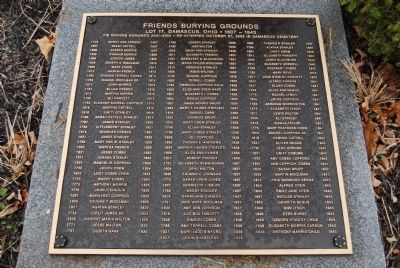