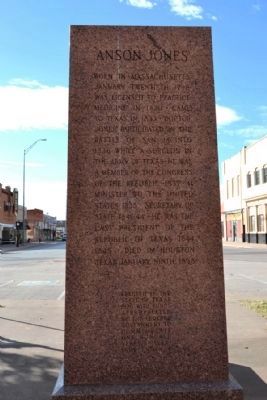 Photographed By Duane Hall, November 8, 2014
1. Anson Jones Marker
On the back side of the Anson Jones monument
Inscription.
Anson Jones. . Born in Massachusetts January Twentieth 1798 was licensed to practice medicine in 1820. Came to Texas in 1833. Doctor Jones participated in the Battle of San Jacinto 1836 while a surgeon in the army of Texas. He was a member of the Congress of the Republic 1837 - 41. Minister to the United States 1838. Secretary of State 1841 - 44. He was the last president of the Republic of Texas 1844 1845. Died in Houston Texas January Ninth 1858. , , Erected by the State of Texas 1936 with funds appropriated by the Federal government to commemorate one hundred years of Texas independence . This historical marker was erected in 1936 by State of Texas. It is in Anson in Jones County Texas

Topics and series. This historical marker is listed in these topic lists: Science & Medicine • Settlements & Settlers • War, Texas Independence. In addition, it is included in the Texas 1936 Centennial Markers and Monuments series list. A significant historical year for this entry is 1798. 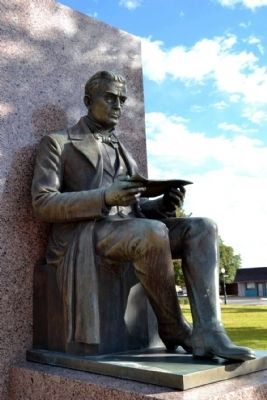 Click or scan to see
this page online
U.S. 83/277) and 12th Street. Marker is located near the front (south) entrance of the Jones County Courthouse. Touch for map. Marker is in this post office area: Anson TX 79501, United States of America. Touch for directions.

Other nearby markers. At least 8 other markers are within walking distance of this marker. Fort Phantom Hill C.S.A. / Texas Civil War Frontier Defense (here, next to this marker); Jones County (here, next to this marker); Jones County Courthouse (a few steps from this marker); Omar Burleson (within shouting distance of this marker); Anson Opera House (about 300 feet away, measured in a direct line); First Presbyterian Church Building (about 700 feet away); First United Methodist Church of Anson (approx. 0.2 miles away); Cowboys' Christmas Ball (approx. ¾ mile away). Touch for a list and map of all markers in Anson. 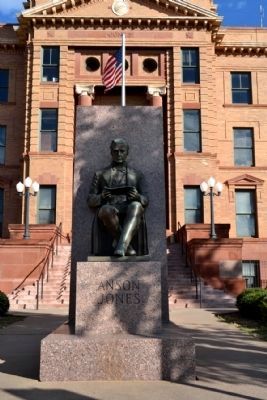 Photographed By Duane Hall, November 8, 2014
3. Anson Jones Monument
Marker is located on back side of monument 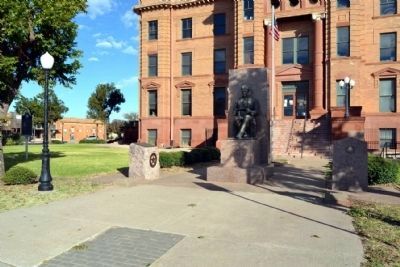 Photographed By Duane Hall, November 8, 2014
4. Markers and Monuments in Front of Courthouse 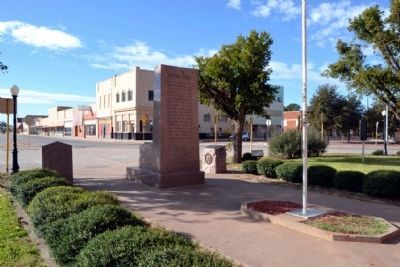 Photographed By Duane Hall, November 8, 2014
5. Markers and Monuments in Front of Courthouse
As viewed from the courthouse 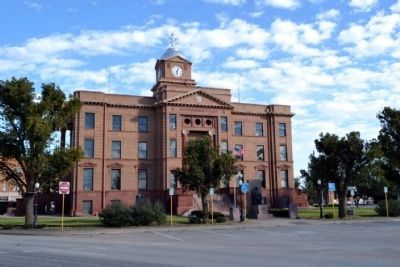