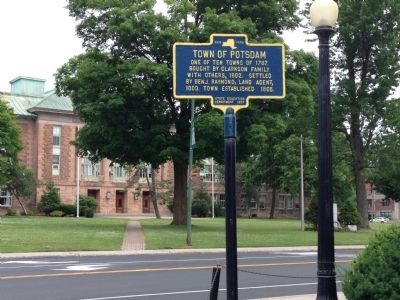 Photographed By Sean Ellison, July 14, 2014
1. Town of Potsdam Marker
Inscription.
Town of Potsdam. . One of ten towns of 1787. Bought by Clarkson family with others, 1802. Settled by Benj. Raymond, land agent, 1803. Town established 1806. . This historical marker was erected in 1957 by State Education Department. It is in Potsdam in St. Lawrence County New York

Topics. This historical marker is listed in this topic list: Settlements & Settlers. A significant historical year for this entry is 1787.

Location. 44° 40.175′ N, 74° 58.954′ W. Marker is in Potsdam, New York, in St. Lawrence County. Marker is at the intersection of Elm Steet (New York State Route 11B) and Park Street, on the right when traveling east on Elm Steet. Sits on the North East corner of the Potsdam Museum property. Touch for map. Marker is at or near this postal address: 2 Park Street, Potsdam NY 13676, United States of America. Touch for directions.

Other nearby markers. At least 8 other markers are within walking distance of this marker. Potsdam Fire Department Members Who Served in World War II (within shouting distance of this marker); The Clarkson-Knowles Cottage (about 400 feet away, measured in a direct line); St. Lawrence Academy (about 600 feet away); Crane Institute (approx. 0.2 miles away); They Live with Us in Grateful Memory of their Sacrifice 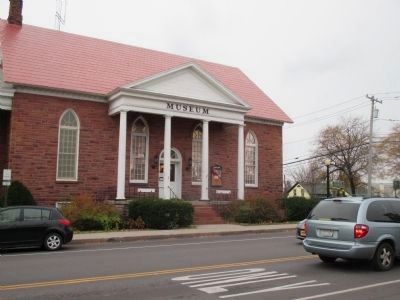 Photographed By Anton Schwarzmueller, November 8, 2014
2. Town of Potsdam Marker and Museum
Marker is seen above the back of the minivan. This is Park Street. 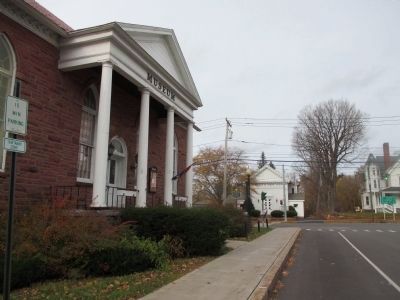 Photographed By Anton Schwarzmueller, November 8, 2014
3. Town of Potsdam Marker Towards Intersection
Northward on Park Street. Marker in distance at center. 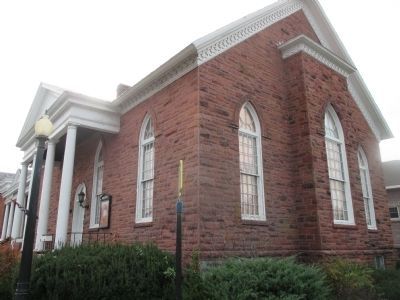