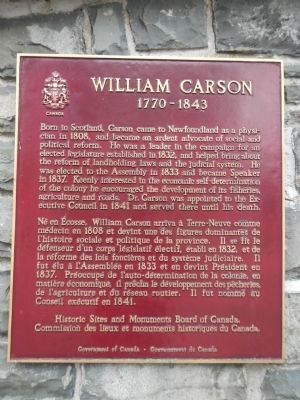 English
Born in Scotland, Carson came to Newfoundland as a physician in 1808, and became an ardent advocate of social and political reform. He was leader in the campaign for an elected legislature, established in 1832, and helped bring about the reform of landholding laws and the judicial system. He was elected to the Assembly in 1833 and became Speaker in 1837. Keenly interested in the economic self-determination of the colony he encouraged the development of its fisheries, agriculture and roads. Dr. Carson was appointed to the Executive Council in 1841 and served there until his death. 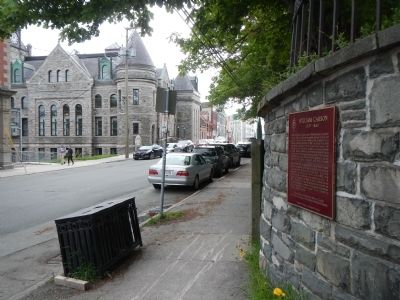 Topics and series. This historical marker is listed in these topic lists: Animals • Colonial Era • Industry & Commerce • Settlements & Settlers. In addition, it is included in the Canada, Historic Sites and Monuments Board series list. A significant historical year for this entry is 1808. 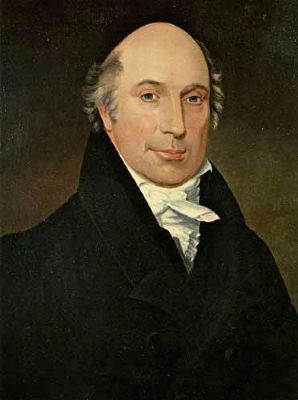