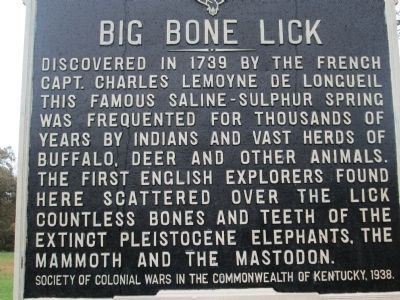 Discovered in 1739, by the French Capt. Charles Lemoyne de Longueil this famous saline- sulphur spring was frequented for thousands of years byIndians and vast herds of buffalo, deer and other animals. The first English explorers found here scattered over the lick countless bones and teeth of the extinct Pleistocene elephants, the mammoth and the mastodon. Society of Colonial Wars in the Commonwealth of Kentucky, 1938

Erected 1938 by Society of Colonial Wars in the Commonwealth of Kentucky. (Marker Number 32.)

Topics. This historical marker is listed in these topic lists: Paleontology • Science & Medicine. 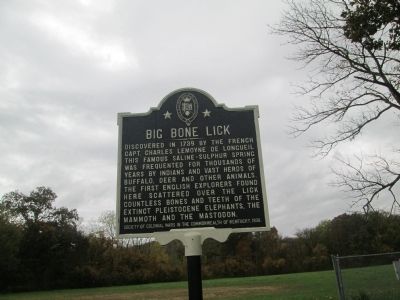 By Rev. Ronald Irick, October 14, 2014
2. Big Bone Lick Marker
full view
two markers at the shelter house; this one, and “Mary Engles”. There are more markers, deeper in the park at the museum. Touch for map. Marker is at or near this postal address: 3380 Beaver Road, Union KY 41091, United States of America. Touch for directions. 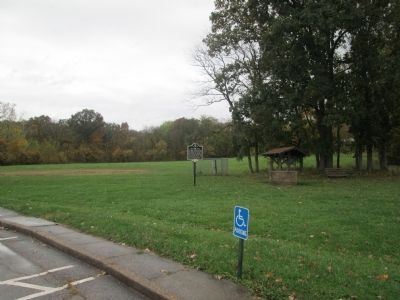 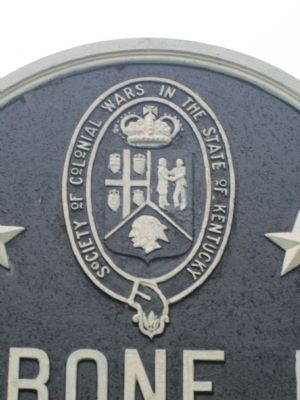 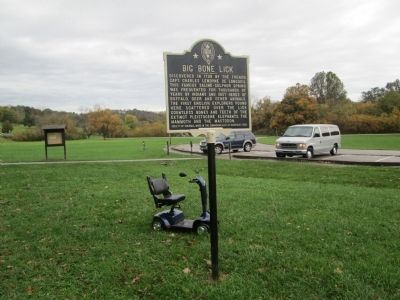 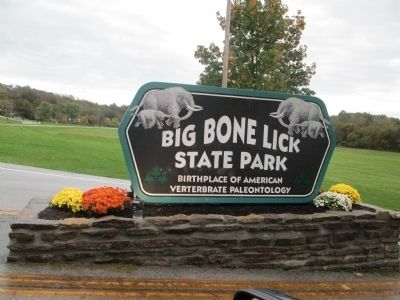