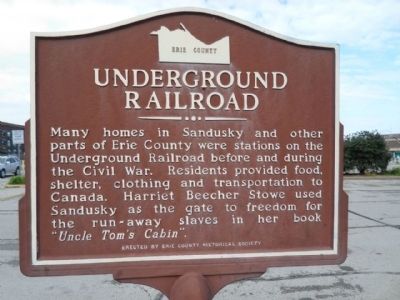 Many homes in Sandusky and other parts of Erie County were stations on the Underground Railroad before and during the Civil War. Residents provided food, shelter, clothing, and transportation to Canada. Harriet Beecher Stowe used Sandusky as the gate to freedom for the run-away slaves in her book “Uncle Tom’s Cabin”.

Topics. This historical marker is listed in this topic list: African Americans.

Location. 41° 27.442′ N, 82° 42.816′ W. Marker is in Sandusky, Ohio, in Erie County. Marker is on East Shoreline Dr east of Jackson Street, on the left when traveling east. It is at the entrances to Jackson Street Pier. Touch for map. Marker is at or near this postal address: 233 E Shoreline Dr, Sandusky OH 44870, United States of America. Touch for directions. 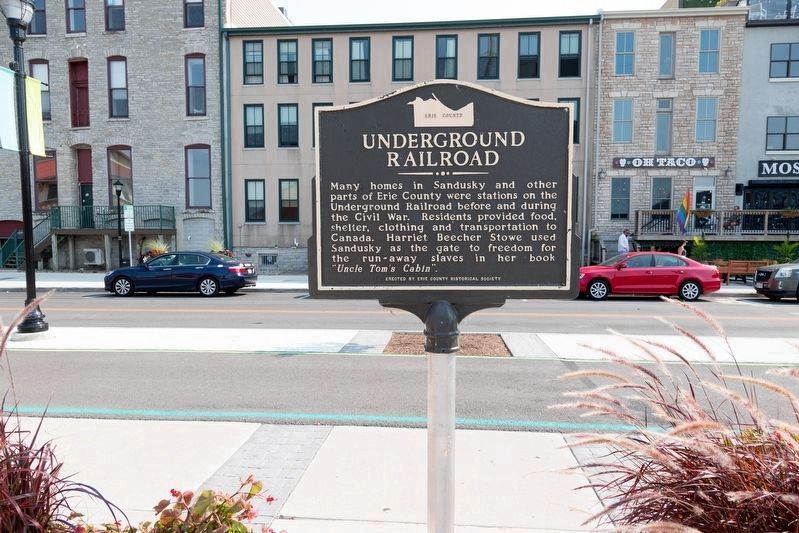 Photographed By J. J. Prats, September 12, 2021
2. Underground Railroad Marker
This photo shows Shoreline Drive after it was rebuilt with a curb-separated bicycle/pedestrian lane.

Click or scan to see
this page online
distance of this marker); State Theatre (about 400 feet away, measured in a direct line); Donahue Hardware (about 500 feet away); Jay Cooke (about 600 feet away); The Beecher House (approx. 0.2 miles away). Touch for a list and map of all markers in Sandusky.

More about this marker. The text repeats itself on the opposite side of the marker. 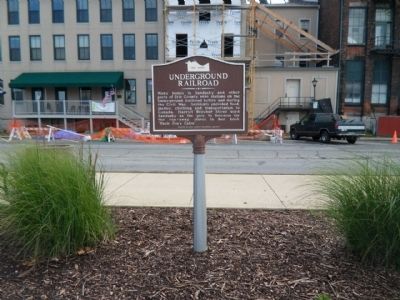 Photographed By Denise Boose, October 16, 2014
3. Underground Railroad Marker
This photograph was taken before the Jackson Street Pier was redesigned. 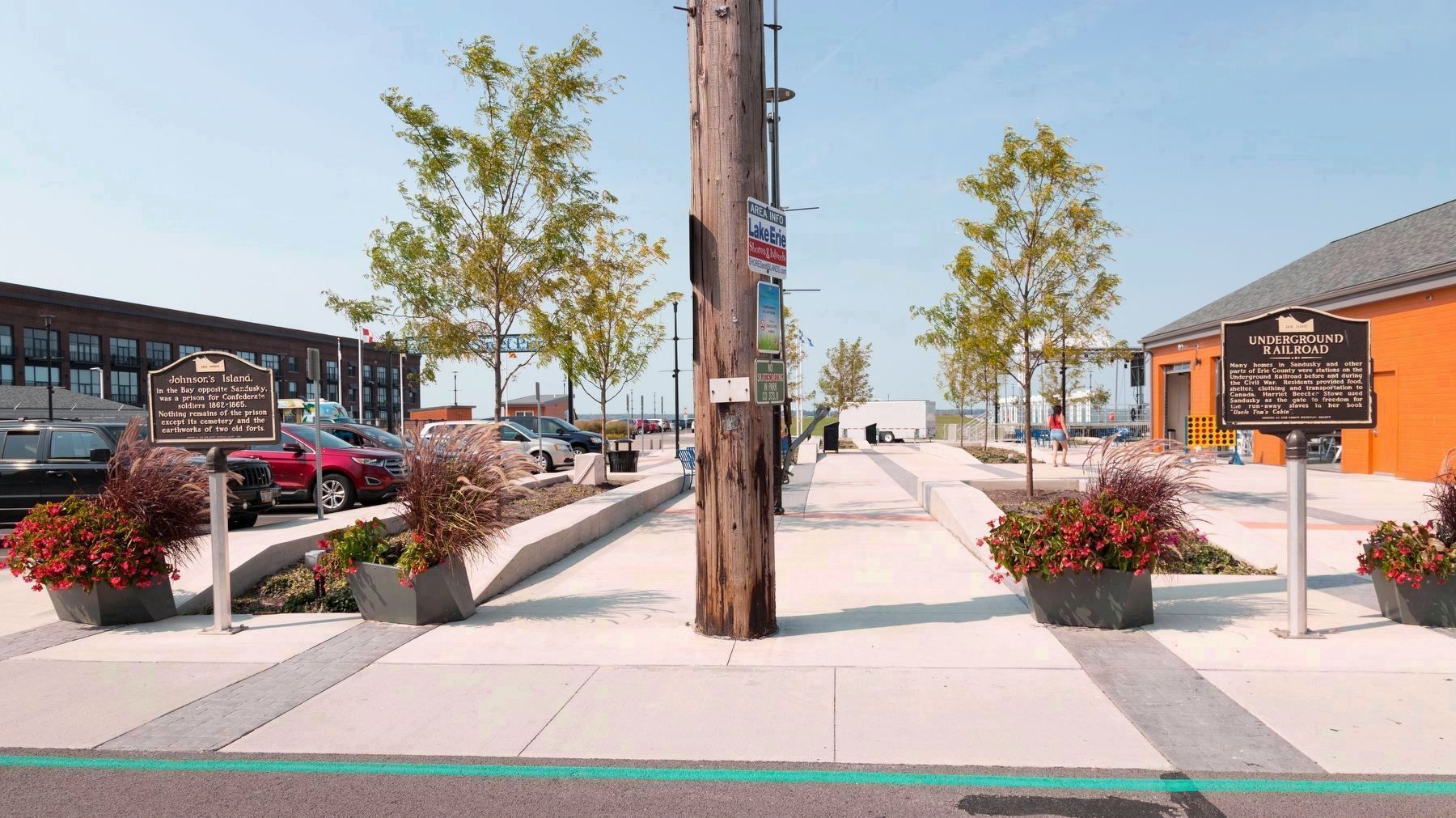 Photographed By J. J. Prats, September 12, 2021
4. Johnson’s Island and Underground Railroad Markers
The entrance to the Jackson Street Pier has been rebuilt in a more pedestrian-friendly manner. The markers, on new poles, are very close to their original locations but now flank the pedestrian entrance. A small U-shaped promenade surrounding a grassy area has been built at far end of the pier. 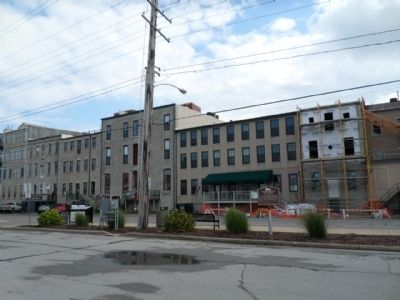