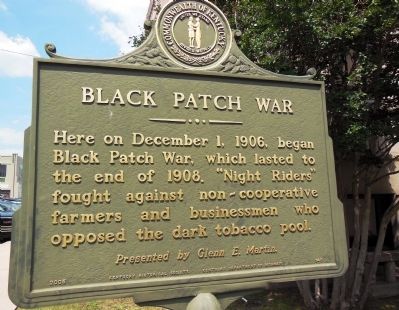 By Cosmos Mariner, June 7, 2012
1. Black Patch War Marker
Inscription.
Black Patch War. . , Here on December 1, 1906, began Black Patch War, which lasted to the end of 1908. “Night Riders” fought against non-cooperative farmers and businessmen who opposed the dark tobacco pool. . This historical marker was erected in 2005 by Glenn E. Martin, Kentucky Historical Society and Kentucky Department of Highways. It is in Princeton in Caldwell County Kentucky

Here on December 1, 1906, began Black Patch War, which lasted to the end of 1908. “Night Riders” fought against non-cooperative farmers and businessmen who opposed the dark tobacco pool.

Topics and series. This memorial is listed in these topic lists: Government & Politics • Horticulture & Forestry • Industry & Commerce. In addition, it is included in the Kentucky Historical Society series list. A significant historical month for this entry is December 1843.

Location. 37° 6.542′ N, 87° 52.936′ W. Marker is in Princeton, Kentucky, in Caldwell County. Memorial is at the intersection of North Harrison Street and West Main Street, on the left when traveling south on North Harrison Street. Marker is near the sidewalk at the southwest corner of the Caldwell County Courthouse, Courthouse Square, Princeton, Kentucky. Touch for map. Marker is at or near this postal address: 100 East Market Street, Princeton KY 42445, United States of America. Touch for directions.

Other nearby markers. At least 8 other markers are within walking distance of this marker. Courthouse Burned (within shouting distance 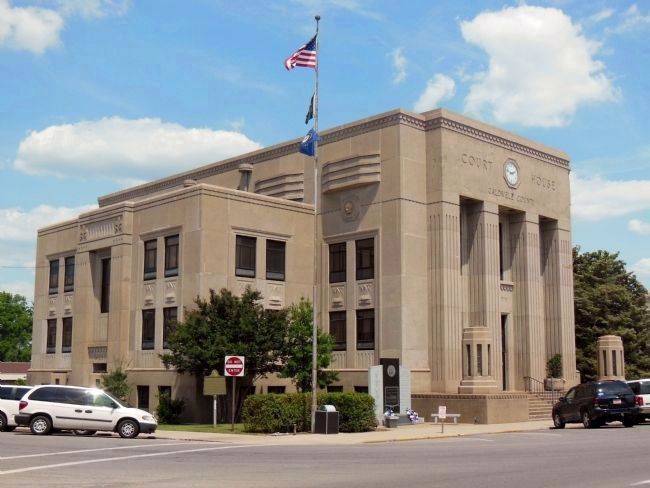 Also see . . .  War in the Black Patch (1906-1911).
During the period between 1900 and 1906 trouble began to brew among the tobacco men of the state, especially in the Black Patch area around Hopkinsville. the buyers had formed a trust and were controlling the market. (Submitted on November 25, 2014, by Cosmos Mariner of Cape Canaveral, Florida.) 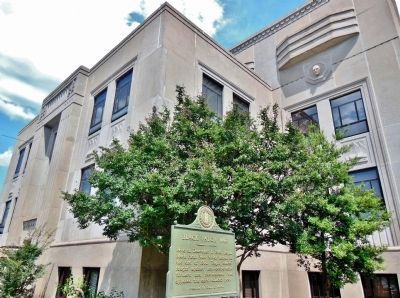 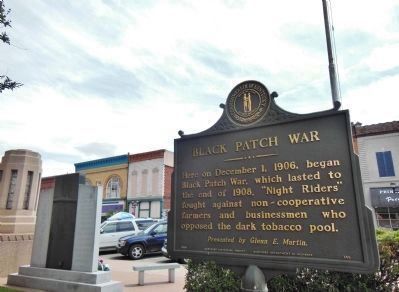 By Cosmos Mariner, June 7, 2012
4. Black Patch War Marker
View of marker looking toward West Main Street. Both sides of the marker are identical. Caldwell County's Veterans Memorial is visible in the left background. 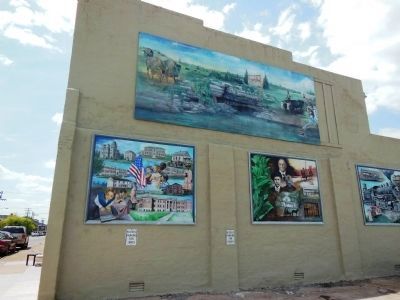 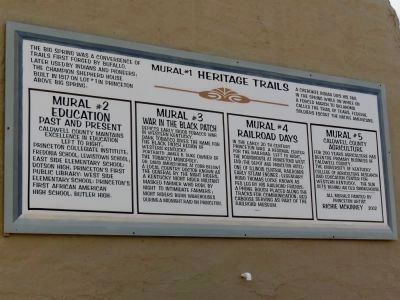 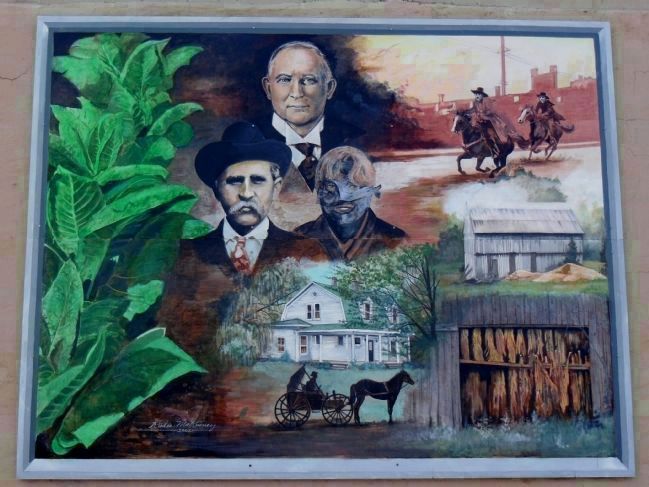 James B. Duke, owner of the tobacco monopoly;

Dr. David Amoss, a local country doctor known as “The General” by the Night Riders;