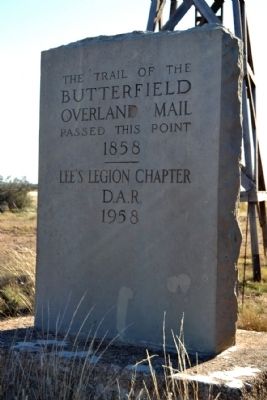 The trail of the
Butterfield
Overland Mail
passed this point
1858

Erected 1958 by Lee's Legion Chapter of the Daughters of the American Revolution. (Marker Number 584.)

Topics and series. This historical marker is listed in these topic lists: Communications • Roads & Vehicles. In addition, it is included in the Butterfield Overland Mail series list.

Other nearby markers. At least 8 other markers are within 12 miles of this marker, measured as the crow flies. Bud Matthews Switch of the Texas Central Railway (within shouting distance of this marker); Cold War Hardline Communications Pit (approx. 1.4 miles away); The Cable Tool Oil Field (approx. 2 miles away); Smith's Station 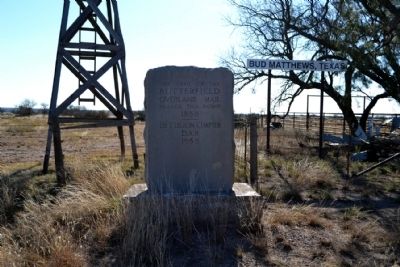 Additional comments.
1. Marker Number
Although not a state marker, the Texas Historical Commission has assigned Marker Number 584 to the marker. 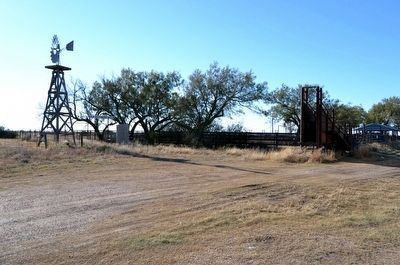 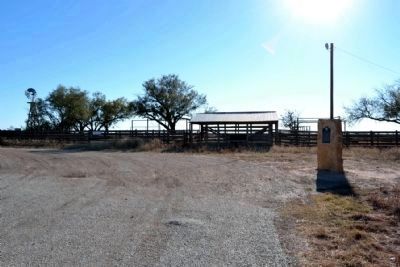