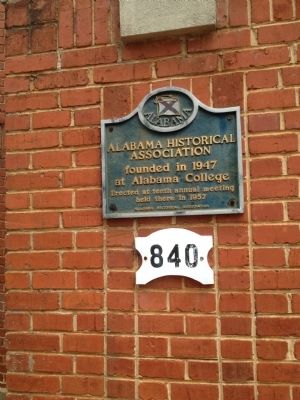 Founded in 1947 at Alabama College. Erected at tenth annual meeting held there in 1957.

Topics. This historical marker is listed in this topic list: Education. A significant historical year for this entry is 1947. 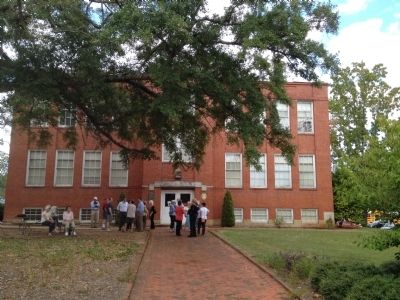 Click or scan to see
this page online
(approx. 2.1 miles away); The Liberty Bell Garden (approx. 3.2 miles away). Touch for a list and map of all markers in Montevallo.

More about this marker. This photo was taken during the Alabama Historical Association's Fall meeting and tour of the University of Montevallo in 2014. Unfortunately the University has announced plans to tear down Jeter Hall to erect a hotel. Hopefully the University will change its decision or at least the front of the historic building and marker will be incorporated into the hotel.