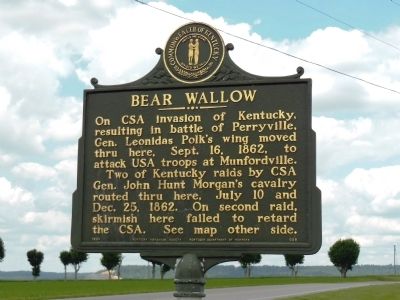 Photographed By Cosmos Mariner, June 6, 2012
1. Bear Wallow Marker
Inscription.
Bear Wallow. . , On CSA invasion of Kentucky, resulting in battle of Perryville, Gen. Leonidas Polk’s wing moved thru here, Sept. 16, 1862, to attack USA troops at Munfordville., Two of Kentucky raids by CSA Gen. John Hunt Morgan’s cavalry routed thru here, July 10 and Dec. 25, 1862. On second raid, skirmish here failed to retard the CSA. See map other side. . This historical marker was erected in 1964 by Kentucky Historical Society and Kentucky Department of Highways. It is Near Horse Cave in Barren County Kentucky

Topics and series. This historical marker is listed in this topic list: War, US Civil. In addition, it is included in the Kentucky Historical Society series list. A significant historical month for this entry is July 1812.

Location. Marker has been reported missing. It was located near 37° 8.498′ N, 85° 51.751′ W. Marker was near Horse Cave, Kentucky, in Barren County. Marker was on North Jackson Highway (U.S. 31E) 2.3 miles south of Kentucky Route 218, on the left when traveling south. Touch for map. Marker was in this post office area: Cave City KY 42127, United States of America. Touch for directions.

Other nearby markers. At least 8 other markers are within 6 miles of this location 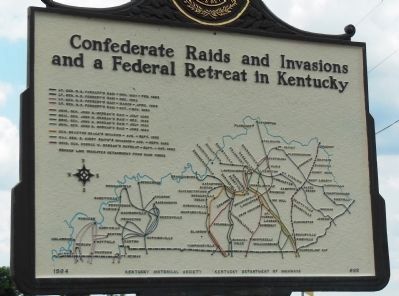 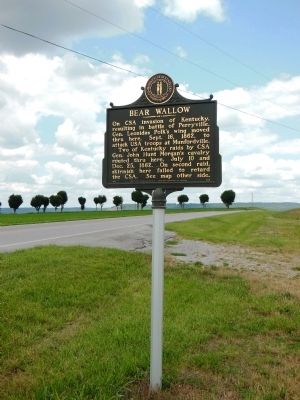 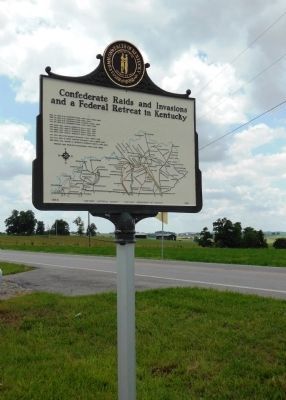