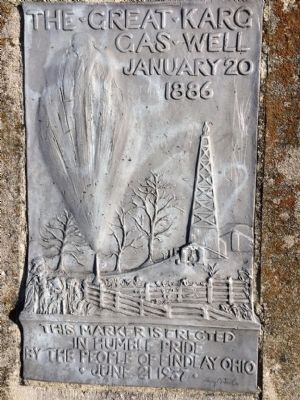 Topics. This historical marker is listed in this topic list: Notable Events. A significant historical date for this entry is January 20, 1886. 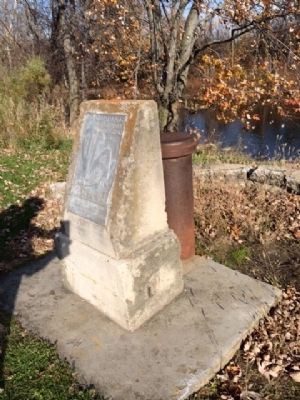 More about this marker. A beautiful marker showing the scene of the well while the gas was flowing and being burned off.

Regarding The Great Karg Gas Well January 20 1886. "Once upon a time here sat the largest gas well in world. The Great Karg Well was drilled in 1886, and overnight Findlay became an industrial boomtown. This single well produced 12,000,000 cubic feet (340,000 cubic meters) of gas per day, and when lit it burned with a flame 100ft high and was visible more than 30 miles away. At that time gas was simply a by-product of oil drilling, and with no way to store it they ended up piping it away for free to heat homes and drive industrial machinery. The primary benefactor was the glass industry, in which gas was the major expense, and glass companies relocated here from around the world. Eventually, though, the gas ran out, and within a decade the feverish pitch had ground to a trickle."

Additional commentary.
1.
At some point the well was temporarily shut off and the standpipe was changed from being vertical to being horizontal, out over the river! The intense heat from the flame melted the ice, and continually boiled that section of river, sending 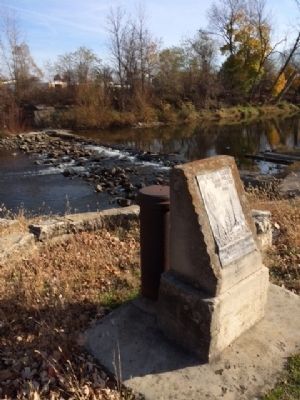 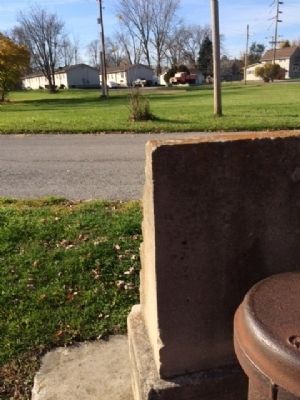 Photographed By Michael Baker, November 10, 2014
4. The Great Karg Gas Well January 20 1886 Marker
Apparently the wellhead was in the location shown up in the yard. 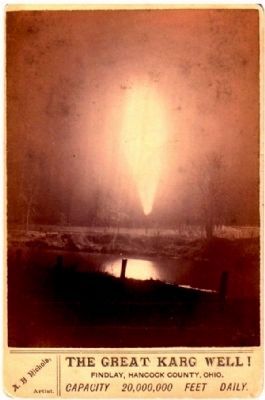 Photographed By Michael Baker
5. The Great Karg Gas Well January 20 1886 Marker
The standpipe and flame, photo shot from the northern bank of the river. 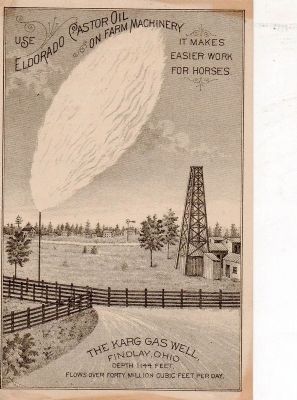 Photographed By Michael Baker
6. The Great Karg Gas Well January 20 1886 Marker
The first feature that strikes an observer is the great supply of gas, as evidenced by its tremendous pressure. It comes not with a flow as ordinarily understood, but in force like a mighty rushing wind. The gas from the great Karg well leaps and roars from its mouth night and day—a semi-volcanic pyramid of flame. The company has so far been unable to utilize the flow from this well, and, therefore, as a matter of safety allow the millions of feet of escaping gas to burn from an iron pipe extending from the mouth of the well to the bank of the river. Thousands of visitors have been attracted to Findlay during the past year to view her wonderful gas wells[. Quoting from a Toledo newspaper:] 'Five or six miles before reaching Findlay a brilliant light is seen in the heavens, and a mile or two further on discloses to the vision a great cloud of fire. This was the great Karg well.'
Credits. This page was last revised on June 16, 2016. It was originally submitted on December 1, 2014, by Michael Baker of Lima, Ohio. This page has been viewed 949 times since then and 180 times this year. Photos:   1, 2, 3, 4, 5, 6. submitted on December 1, 2014, by Michael Baker of Lima, Ohio. • Al Wolf was the editor who published this page.
Share this page.