Stepping Down the St. Lawrence

— History of the Coast — 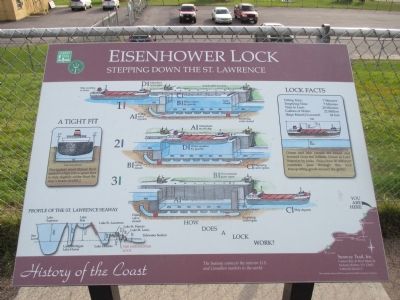 A Tight Fit. Lock Cross Section.
Navigators must thread their massive ships into a space that is only slightly larger than the ship's beam (width.) 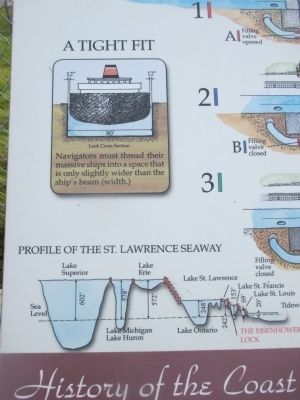 The Seaway connects the interior U.S. and Canadian markets to the world

Topics and series. This historical marker is listed in this topic list: Waterways & Vessels. In addition, it is included in the Great Lakes Seaway Trail National Scenic Byway series list.

Location. 44° 58.814′ N, 74° 51.017′ W. Marker is in Massena, New York, in St. Lawrence County. Marker can be reached from Barnhart Island Road, 1.1 miles north of New York State Route 131. Marker is at the overlook on the north side of the lock. From NY Route 131, travel north on Barnhart Island Road towards Robert Moses State Park. After exiting the tunnel under the lock, make a right hairpin turn to the overlook area. As the road enters the parking area, the marker is straight ahead, across the parking lot. Touch for map. Marker is in this post office area: Massena NY 13662, United States of America. Touch for directions.

Other nearby markers. At least 8 other markers are within 6 kilometers of this marker, measured as the crow flies. One Lane Bridge (approx. 1.7 miles away); St. Lawrence - Franklin D. Roosevelt Power Project (approx. 2.7 miles 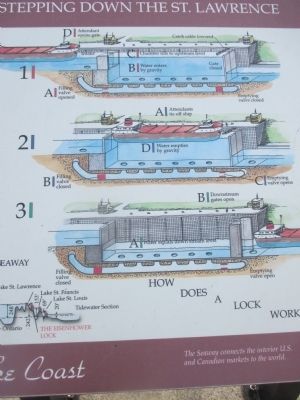 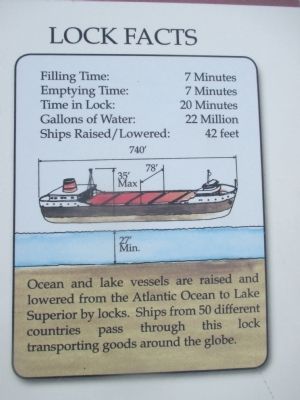 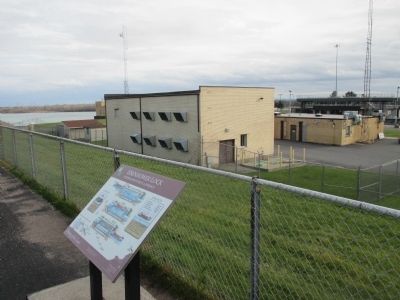 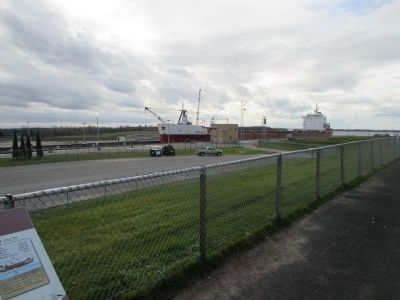 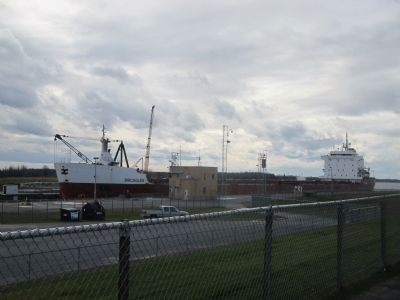 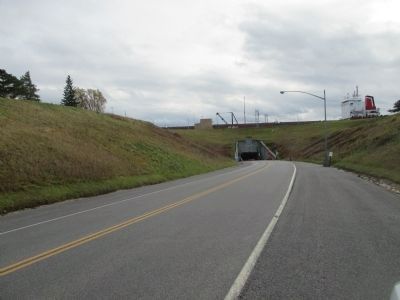