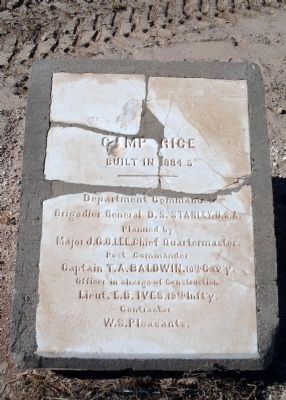 Topics and series. This historical marker is listed in this topic list: Forts and Castles. In addition, it is included in the Buffalo Soldiers, and the San Antonio-El Paso Road series lists.

Other nearby markers. At least 1 other marker is within walking distance of this marker. Cpl. Benito Martinez (approx. 0.7 miles away). 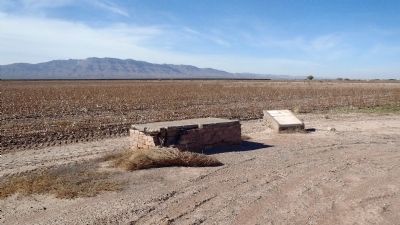 Photographed By William F Haenn, December 1, 2014
2. Camp Rice Marker site
The site of Camp Rice/Fort Hancock is now a cotton field. The mountains in the distance are in Mexico.

Click or scan to see
this page online
named Camp Rice in 1884, along the San Antonio-El Paso Military Road. Camp Rice took the place of Fort Quitman which was abandoned further south on the Rio Grande in 1877. The new post was established by troops of the 10th U.S. Cavalry the famed Buffalo Soldiers of the Indian Wars. Camp Rice did not grow after moving to this community, and rarely hosted more than sixty men. It was renamed Fort Hancock in 1886 after the death of General Winfield Scott Hancock, a hero of the battle of Gettysburg. The fort was damaged in a flood that year, but rebuilt. It was damaged again in a flood in 1894, then abandoned in 1895. Federal troops were sent to Fort Hancock in 1918 to contain Mexican "bandits and outlaws" operating along the border. It was suspected the bandits were being directed by German agents. 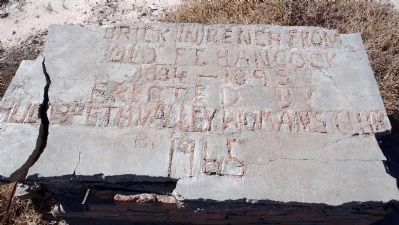 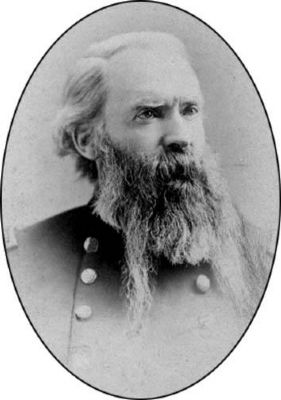 circa 1880s
4. Brigadier General David S. Stanley
Medal of Honor recipient and Commander of the Department of Texas at the time Camp Rice was built. 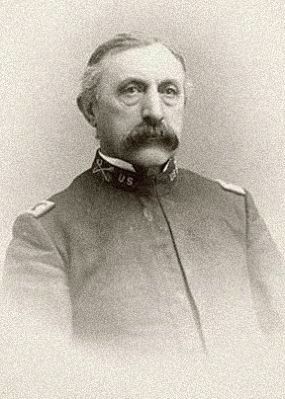