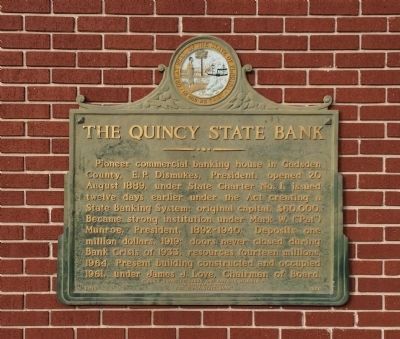 Erected 1964 by the Florida Board of Parks and Historic Memorials in cooperation with the Quincy State Bank . (Marker Number F-116.)

Topics. This historical marker is listed in this topic list: Industry & Commerce. A significant historical year for this entry is 1889.