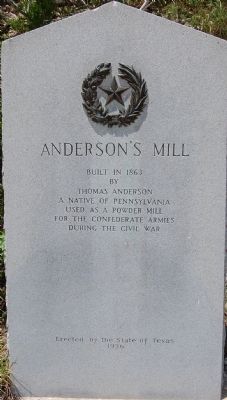 By Keith Peterson, July 15, 2007
1. Anderson’s Mill Marker
Inscription.
Anderson’s Mill. .
Built in 1863 by Thomas Anderson, a native of Pennsylvania. Used as a powder mill for the Confederate Armies during the Civil War.. . This historical marker was erected in 1936 by State of Texas. It is Near Cedar Park in Travis County Texas

Built in 1863
by
Thomas Anderson,
a native of Pennsylvania.
Used as a powder mill
for the Confederate Armies
during the Civil War.

Topics and series. This historical marker is listed in this topic list: War, US Civil. In addition, it is included in the Texas 1936 Centennial Markers and Monuments series list. A significant historical year for this entry is 1863. 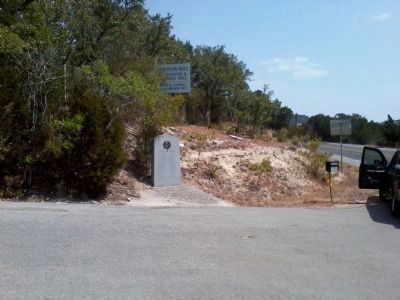 By Richard Denney, August 11, 2011
2. Anderson’s Mill Marker, in context
Marker sits on a curve with short visibility in both directions. Use caution pulling back onto the road!

Click or scan to see
this page online
(approx. 6 miles away); Cedar Chopping in Central Texas (approx. 6.2 miles away); Jollyville Community and School (approx. 6.3 miles away). Touch for a list and map of all markers in Cedar Park.

Related marker. Click here for another marker that is related to this marker. Thomas Anderson is buried in Pond Springs Cemetery 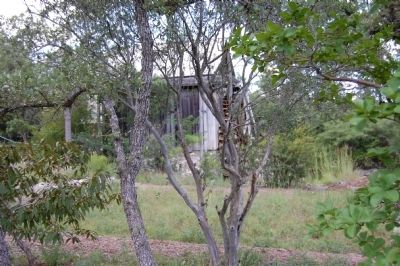 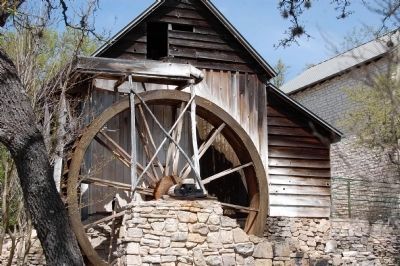