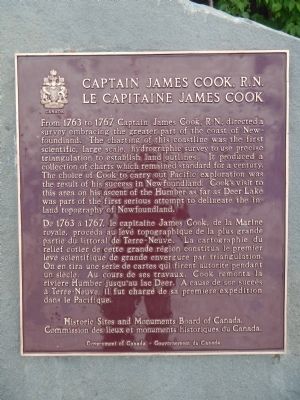 English:
From 1763 to 1767 Captain Cook. R.N directed a survey embracing the greater part of the coast of Newfoundland. The charting of this coastline was the first scientific, large scale, hydrographic survey to use precise triangulation to establish land outlines. It produced a collection of charts which remained standard for a century. The choice of Cook to carry out Pacific exploration was a result of his success in Newfoundland. Cook’s visit to this area on his ascent of the Humber as far as Deer Lake was part of the fist serious attempt to delineate the inland topography of Newfoundland. 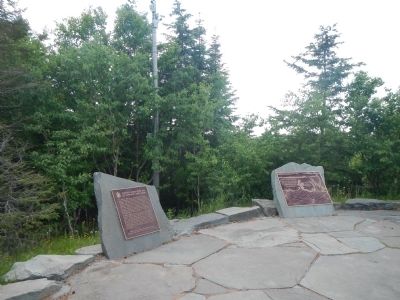 Topics and series. This historical marker is listed in this topic list: Exploration. In addition, it is included in the Canada, Historic Sites and Monuments Board series list. A significant historical year for this entry is 1763.

Other nearby markers. At least 1 other marker is within walking distance of this marker. Cook comes to Canada (a few steps from this marker).

More about this marker. The Captain James Cook, R.N. Monument is located at the Crow Hill overlook at the north (top) end of Mayfair Avenue. The marker is a short walk from the parking lot.

Regarding Captain James Cook, R.N.. This marker appears to be a replacement for an earlier marker which read:

"Surveyor and Pacific explorer. As Master of H.M.S. " Pembroke" he participated in capture of Louisbourg in 1758 and of Quebec in 1759. During and after these operations he conducted surveys in River and Gulf of St. Lawrence. In 1762, took part in expedition to recapture St. John's, Newfoundland, from the French. In 1761-1766 carried out a thorough survey of the Newfoundland coastal waters, his charts winning highest praise. Observed eclipse of sun 14th July, 1766, at Burgeo, thereby fixing its exact 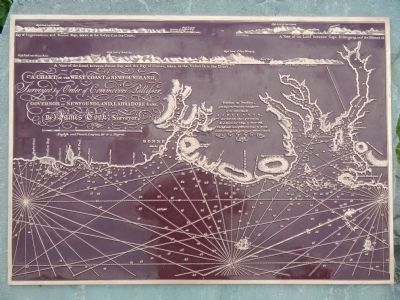 Photographed By Barry Swackhamer, July 1, 2014
3. A Chart of the West Coast of Newfoundland
This panel exhibits some of the work of Captain Cook's work in Newfoundland.
longitude. Born Marton, Yorkshire, 28th October, 1728. Killed by Hawaiian natives, 14th February, 1779."

Also see . . .  James Cook - Dictionary of Canadian Biography. On 21 Dec. 1762 he married Elizabeth Batts of Barking (London), though his spell of domesticity was short-lived, for in April 1763 the Admiralty, finding him “a Person well skilled in making Surveys,” instructed him to chart the coasts of Newfoundland. Despite the island’s importance to the North Atlantic cod fishery, and indirectly to Britain’s maritime strength, no detailed and reliable maps of its coastline existed; this deficiency Cook was now to remedy in five seasons of painstaking and conscientious survey work. (Submitted on December 15, 2014, by Barry Swackhamer of Brentwood, California.) 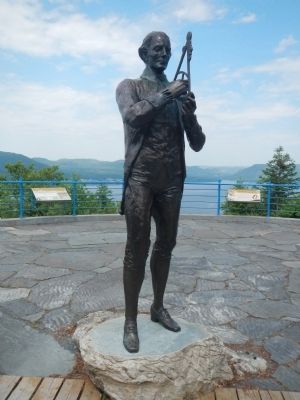 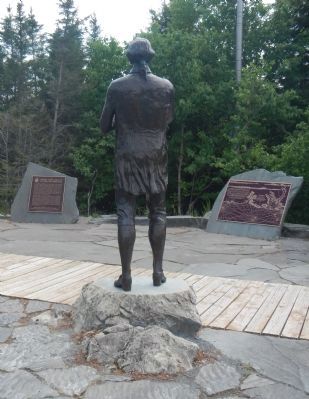 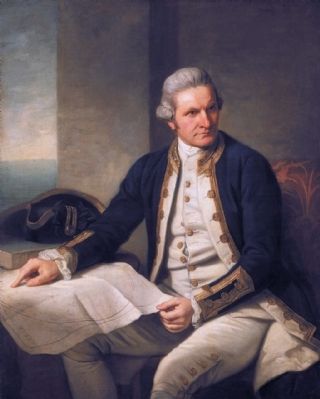