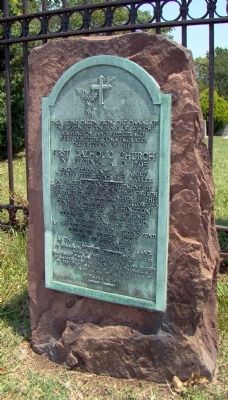 This stone taken from the canal of the Potomac Company of which Washington and Fitzgerald were Directors commemorates the erection of the First Catholic Church in Virginia, A. D. 1795, which stood until 1839 about twenty feet behind this marker.

In grateful acknowledgement of their aid in establishing this church the three trees to the north of this stone have been dedicated as follows to General George Washington as subscriber to the building, Colonel John Fitzerald, his favorite Aide de Camp, as the collector of the building fund, Colonel Robert Hooe, Major of Alexandria, as the donor of the acre of land.

In commemoration of the bicentennial of the birth of George Washington this tablet was donated by the Holy Name Society of Sacred Heart Church (Vailsburg), Newark, N.J. on the 133rd anniversary of the funeral of Colonel John Fitzgerald, December 4, 1932.

Topics and series. This historical marker is listed in this topic list: Churches & Religion 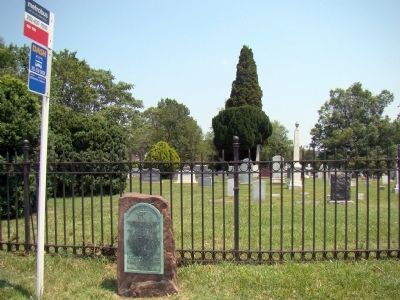 Photographed By J. J. Prats, June 21, 2008
2. First Catholic Church in Virginia Marker
The marker states that the church stood 20 feet behind the marker. No signs of the foundation can be found among the gravestones.

Click or scan to see
this page online
. In addition, it is included in the Former U.S. Presidents: #01 George Washington series list. A significant historical date for this entry is December 4, 1898.

Location. 38° 47.678′ N, 77° 2.945′ W. Marker is in Alexandria, Virginia. Marker is on South Washington Street (Virginia Route 400) south of Church Street, on the right when traveling north. It is in front of St. Mary’s Cemetery, outside the fence facing the sidewalk. Touch for map. Marker is in this post office area: Alexandria VA 22314, United States of America. Touch for directions.

Also see . . .
1. . The following information was found on an earlier version of Saint Mary's Church's website. It is no longer available: “St. Mary’s 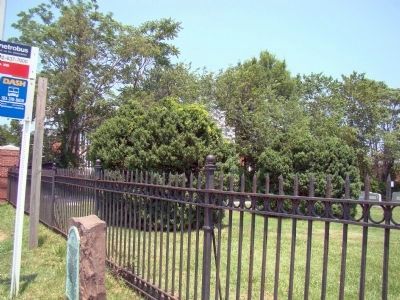 Photographed By J. J. Prats, June 21, 2008
3. First Catholic Church in Virginia Marker
There is no sign of three 76 year old trees to the the north.
was established in 1795, and is the oldest Catholic parish in the Commonwealth of Virginia. To fund the church, Colonel John Fitzgerald, friend of George Washington and an early mayor of Alexandria, took up a collection. According to local tradition, Washington himself made the first donation. A chapel was built at the south end of the city, on land still used today as St. Mary’s Cemetery.” (Submitted on June 21, 2008.)

2. Fitzgerald Warehouse, 6 King Street. Excerpt from Robert Madison’s book, Walking with Washington. “George Washington’s diary shows that he and [John] Fitzgerald met together frequently. Fitzgerald’s home was on the southeast corner of King and Fairfax Streets where the Burke & Herbert Bank is today. Since there was no Catholic church in Alexandria at that time, services were sometimes held in Fitzgerald’s home. According to tradition, while dining there on Saint Patrick’s Day in 1788, George Washington contributed to a fund to build Alexandria’s first Catholic Church.” (Submitted on June 21, 2008.) 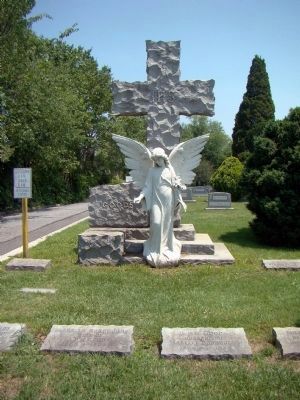