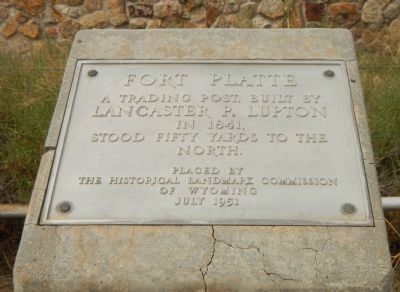 By Barry Swackhamer, August 22, 2014
1. Fort Platte Marker
Inscription.
Fort Platte. .
A trading post built by Lancaster P. Lupton in 1841. Stood fifty yards to the north. . . This historical marker was erected in 1951 by Historical Landmarks Commission of Wyoming. It is Near Fort Laramie in Goshen County Wyoming

A trading post built by
Lancaster P. Lupton
in 1841.
Stood fifty yards to the
north.

Topics. This historical marker is listed in these topic lists: Forts or Castles • Settlements & Settlers. 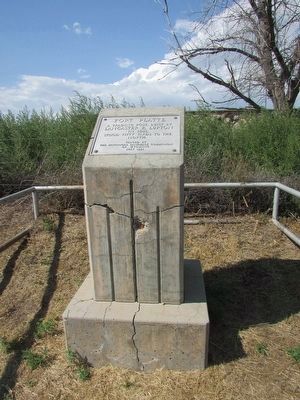 Also see . . .  Fort Platte - Wyoming Places. A post called Fort Platte is believed to have been built by rival trappers in 1841, about a mile and a half from Fort William and nearer the confluence of the Laramie and Platte Rivers. (Submitted on December 19, 2014, by Barry Swackhamer of Brentwood, California.) 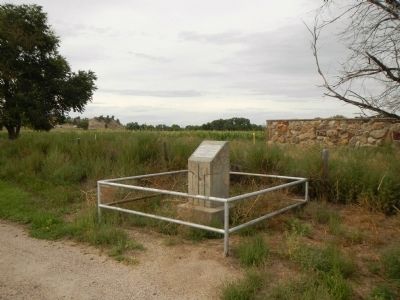