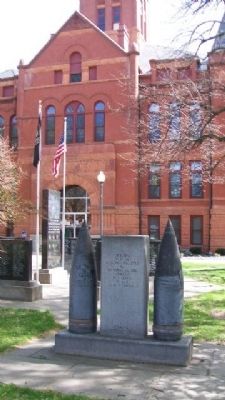 Photographed By William Fischer, Jr., March 31, 2012
1. War Memorial
Inscription.
War Memorial. .
[Front] A memorial for the sons and daughters of Hamilton County Nebraska who served in our nation's conflicts

[Back] May peace and justice prevail now and forever

Dedicated Memorial Day, 1972. . This memorial was erected in 1972 by to Honor Frank and Mary Edgerton by their Children. It is in Aurora in Hamilton County Nebraska

[Back]
May peace and justice
prevail now and forever

Erected 1972 by to Honor Frank and Mary Edgerton by their Children.

Location. 40° 52.066′ N, 98° 0.155′ W. Marker is in Aurora, Nebraska, in Hamilton County. Memorial is on 12th Street north of L Street, on the right when traveling north. Memorial is in Central Park Square (the county courthouse grounds). Touch for map. Marker is at or near this postal address: 1111 13th Street, Aurora NE 68818, United States of America. Touch for directions. 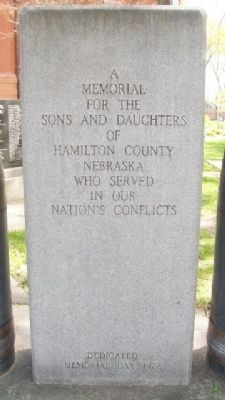 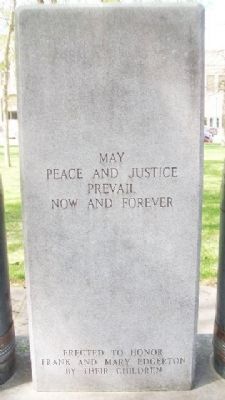