The Spirit of the American Doughboy 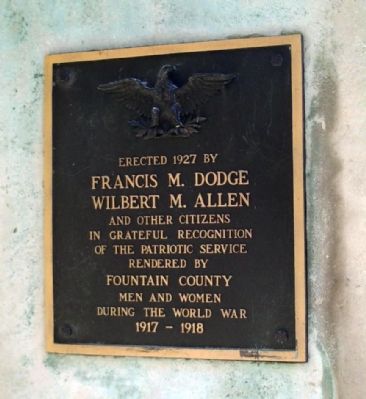 By Al Wolf, November 3, 2007
1. The Spirit of the American Doughboy Monument Marker
Bronze plaque on front of statue base.
Inscription.
The Spirit of the American Doughboy. .
Erected 1927 by Francis M. Dodge Wilbert M. Allen and other citizens in grateful recognition of the patriotic service rendered by Fountain County men and women during the World War 1917–1918. . This historical marker was erected in 1927. It is in Attica in Fountain County Indiana

Erected 1927 by
Francis M. Dodge
Wilbert M. Allen
and other citizens
in grateful recognition
of the patriotic service
rendered by
Fountain County
men and women
during the World War
1917–1918

Topics and series. This historical marker is listed in these topic lists: Patriots & Patriotism • War, World I. In addition, it is included in the Spirit of the American Doughboy - E. M. Viquesney series list. A significant historical year for this entry is 1927.

Regarding The Spirit of the American Doughboy. It is a World War I infantryman advancing through the stumps and barbed wire of No Man’s Land. He holds a rifle in one hand and a grenade in the other.

Attica, Indiana Fountain Warren Democrat newspaper October 20, 1927:: proclaimed “The Bronze Doughboy Statue and Bronze Inscription Tablet Completed - - Work Being Pushed on Base and Pedestal. ... ... The bronze tablet bearing the inscription for the memorial arrived here Monday by express from Cincinnati, Ohio, and the committee here on Tuesday received a letter from the Doughboy sculptor stating that the bronze doughboy for the memorial will be shipped this week. ...” 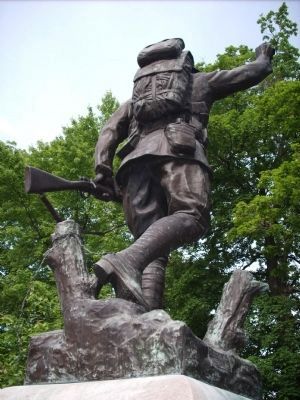 By Al Wolf, May 25, 2008
3. Another View from the back.
large crowd of Attica people and citizens from the surrounding country gathered in the library park... ...to pay tribute to the men and women of Fountain County who served in the World War by dedicating to their memory a large bronze statue... .

“The National Car Coupler Band (local company) marched from the down town district to the park playing a patriotic air. On reaching the (library) park they formed a circle around the memorial and played another patriotic selection while the people continued to gather.”

The memorial has been pronounced a real work of art by the area. The sculptor who visualized and designed “The Spirit Of the American Doughboy” is Ernest M. Viquesney of Spencer, Indiana. The Vaughan-Taylor Monument Co. Of Lafayette built the concrete foundation, the Bedford stone bases and pedestal on which the doughboy rests, and erected the entire memorial in the Library Park.

Also see . . .
1. The Inventories of American Sculpture Catalog Entry for this Marker. There are over 100 identical "The Spirit of the American Doughboy" statues around the Country. According to the entry, there exists Attica Tribune news clipping discussing dedication of memorial. (Submitted on November 17, 2007, by Kevin W. of Stafford, Virginia.)

2. Attica, IN, Doughboy. This website also contains information on all known Viquesney Doughboys (there are about 140 of them throughout the U.S.); however the link refers only to the one at Attica, IN. (Submitted on December 2, 2007, by Les Kopel of Oxnard, California.) 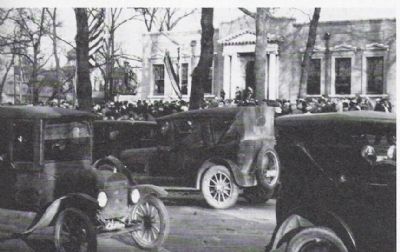 circa 1927
4. Nov. 11, 1927 - - Unveiling of Doughboy Statue.
People came by the car loads for the biggest event that year in Attica. The public felt the deep need to honor those who served in the military and who gave their lives to secure the blessings of liberty.

3. "The History behind the Doughboy" ::. (Courtesy:: Karen Gardnerl in Emmitsburg, Maryland, Area Historical Society publication.) Originally published in 1991 this link gives a good history and other links - well worth the search and read. (Submitted on May 22, 2009, by Al Wolf of Veedersburg, Indiana.)

4. Who are "Doughboy" Searchers??::. This web site gives more detailed history, photos, and items. Also examples of other Viquesney works of Historical Art. (Submitted on May 23, 2009, by Al Wolf of Veedersburg, Indiana.) 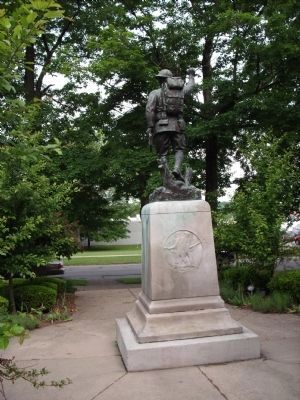 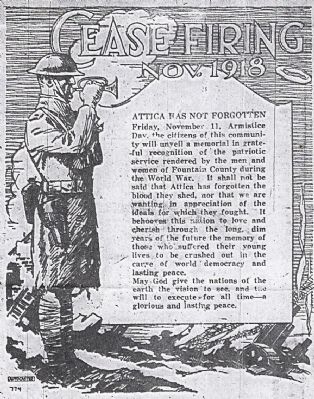 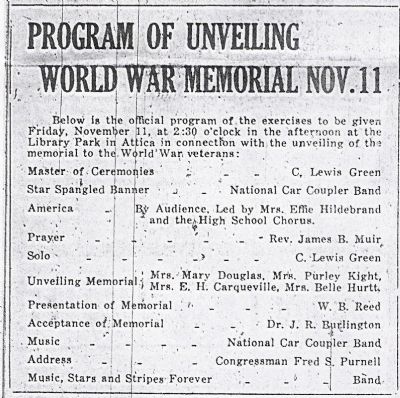 Courtesy of the Fountain Warren Democrat, November 10, 1927
7. Program of Events 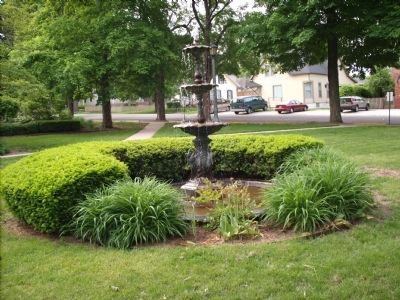 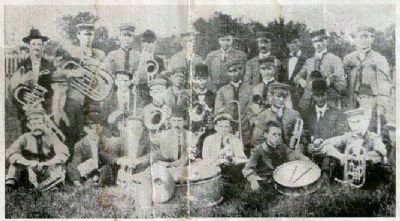