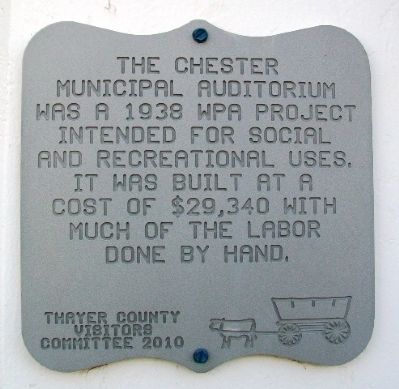 The Chester Municipal Auditorium was a 1938 WPA project intended for social and recreational uses. It was built at a cost of $29,340 with much of the labor done by hand.

Topics and series. This historical marker is listed in these topic lists: Charity & Public Work • Entertainment • Sports. In addition, it is included in the Works Progress Administration (WPA) projects series list. A significant historical year for this entry is 1938.

Location. 40° 0.687′ N, 97° 37.111′ W. Marker is in Chester, Nebraska, in Thayer County. Marker is at the intersection of Thayer Avenue and Howard Street, on the left when traveling south on Thayer Avenue. Touch for map. Marker is in this post office area: Chester NE 68327, United States of America. Touch for directions.

Other nearby markers. At least 8 other markers are within 13 miles of this marker, measured as the crow flies. Home of 6 Man Football (approx. 0.3 miles away); Friedensau (approx. 10.1 miles away); The Hebron CCC And POW Camps (approx. 10.7 miles away); World's Largest Porch Swing (approx. 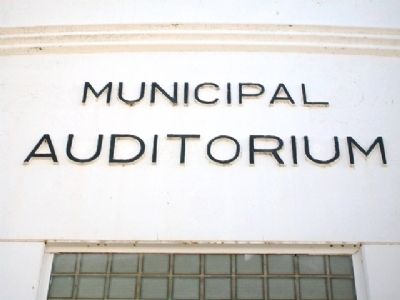 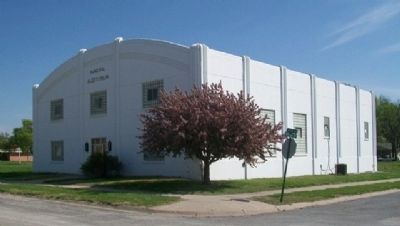