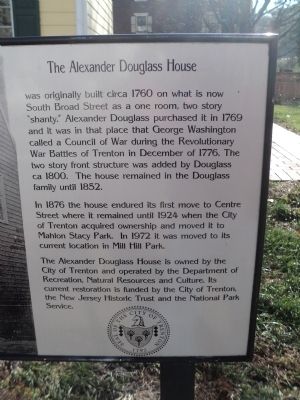 was originally built circa 1760 on what is now South Broad Street as a one room, two story “shanty.” Alexander Douglass purchased it in 1769 and it was in that place that George Washington called a Council of War during the Revolutionary War Battles of Trenton in December of 1776. The two story front structure was added by Douglass ca 1800. The house remained in the Douglass family until 1852.

In 1876 the house endured its first move to Centre Street where it remained until 1924 when the City of Trenton acquired ownership and moved it to Mahlon Stacy Park. In 1972 it was moved to its current location in Mill Hill Park

Erected by City of Trenton.

Topics. This historical marker is listed in this topic list: War, US Revolutionary. A significant historical year for this entry is 1760. 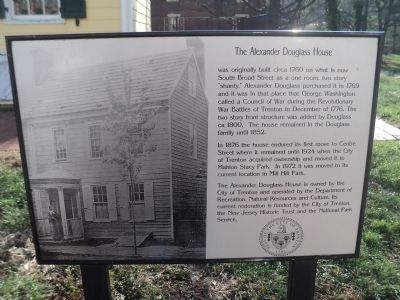 Click or scan to see
this page online
74° 45.709′ W. Marker is in Trenton, New Jersey, in Mercer County. Marker is at the intersection of E Front Street and S Montgomery Street, on the right when traveling east on E Front Street. Marker is located at the northeast corner of Mill Hill Park. Touch for map. Marker is in this post office area: Trenton NJ 08608, United States of America. Touch for directions.

More about this marker. A photograph of the Alexander Douglass House appears on the left side of the marker. 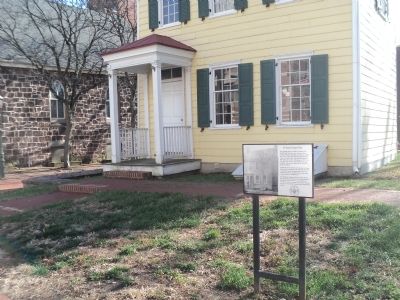 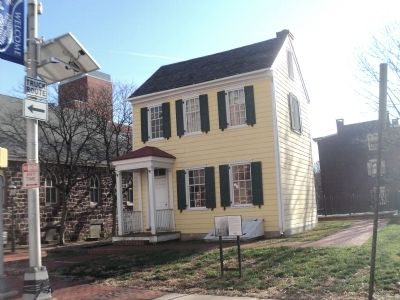 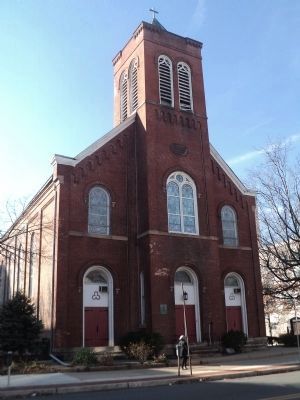