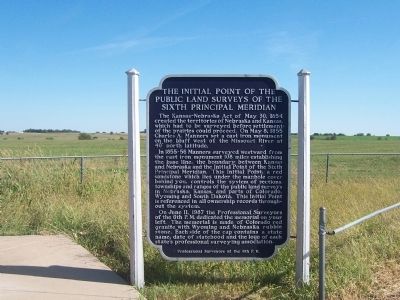 The Kansas-Nebraska Act of May 30, 1854 created the territories of Nebraska and Kansas, which had to be surveyed before settlement of the prairies could proceed. On May 8, 1855 Charles A. Manners set a cast iron monument on the bluff west of the Missouri River at 40 degrees north latitude.

In 1855-56 Manners surveyed westward from the cast iron monument 108 miles establishing the base line, the boundary between Kansas and Nebraska and the Initial Point of the Sixth Principal Meridian. This Initial Point, a red sandstone which lies under the manhole behind you, controls the system of sections, townships and ranges of the public land surveys in Nebraska, Kansas, and parts of Colorado, Wyoming and South Dakota. This Initial Point is referenced in all ownership records throughout the system.

On June 11, 1987 the Professional Surveyors of the 6th P.M. dedicated the memorial on your left. The memorial is made of Colorado red granite with Wyoming and Nebraska rubble stone. Each side of the cap contains a state name, date of statehood and the logo of each state's professional surveying association. 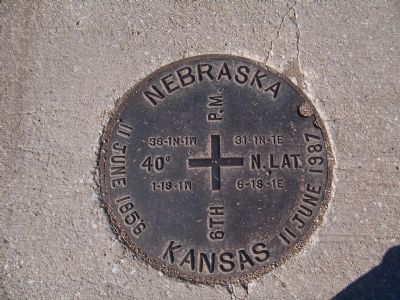 Photographed By Joan Shurtliff, September 2011
2. 6th Prime Meridian Survey Marker
This is the initial point where surveying for settlement in Nebraska, Kansas, and parts of Colorado, Wyoming and South Dakota in the late 1850s began.

Click or scan to see
this page online
1987 by Professional Surveyors of the 6th P.M.

Topics. This historical marker is listed in these topic lists: Exploration • Settlements & Settlers. A significant historical month for this entry is May 1846.

Location. 40° 0.118′ N, 97° 22.152′ W. Marker is in Mahaska, Kansas, in Washington County. Marker is on Local Route 31. The marker is located on the east side of an unimproved mile road where the Nebraska counties of Jefferson and Thayer and the Kansas counties of Republic and Washington meet. Touch for map. Marker is in this post office area: Mahaska KS 66955, United States of America. Touch for directions. 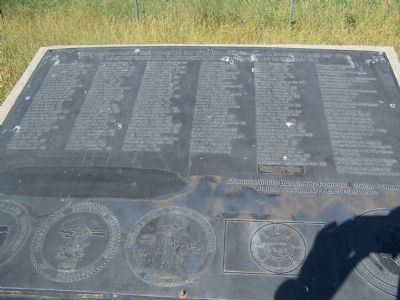 Photographed By Joan Shurtliff, September 2011
3. This marker lists the individuals who created and erected the monument. 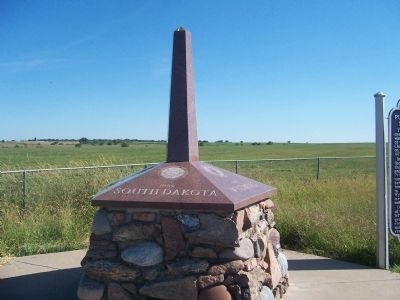 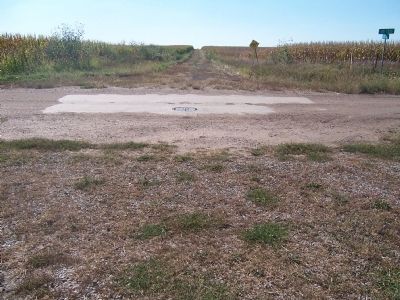