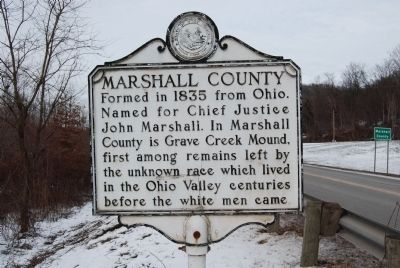 Side A
Marshall County
Formed, 1835, from Ohio and named for Chief Justice John Marshall. In Marshall County is Grave Creek Mound, first among remains left by the unknown race which lived in the Ohio Valley centuries before the white man came.

Side B
Wetzel County
Formed in 1846 from Tyler. Named for Lewis Wetzel, the great frontiersman who, with his brothers during Indian days, ranged the settlements from their home in Marshall County throughout northern West Virginia.

Topics and series. This historical marker is listed in these topic lists: Exploration • Native Americans • Settlements & Settlers. In addition, it is included in the West Virginia Archives and History series list. A significant historical year for this entry is 1835.

Other nearby markers. At least 8 other markers are within 9 miles of this marker 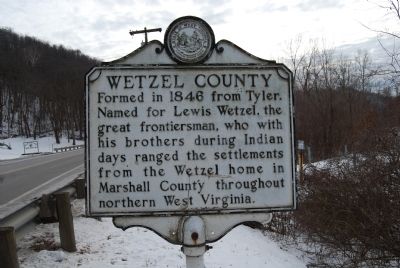 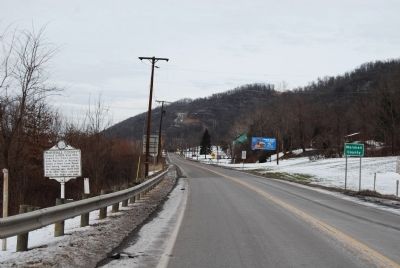 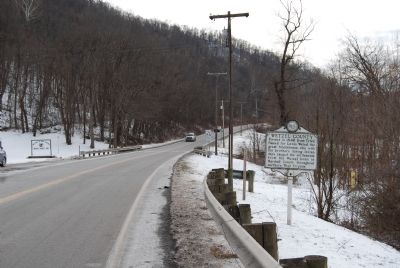 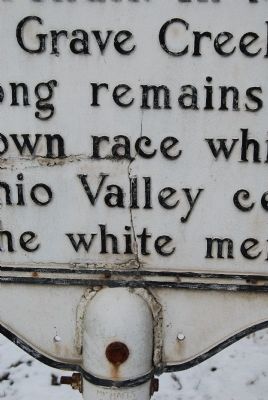