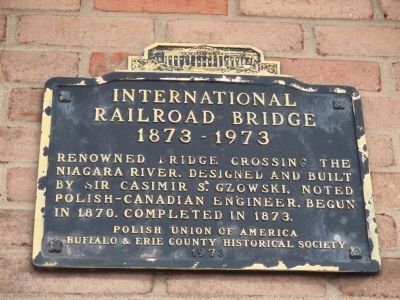 Topics. This historical marker is listed in this topic list: Bridges & Viaducts. A significant historical year for this entry is 1870. 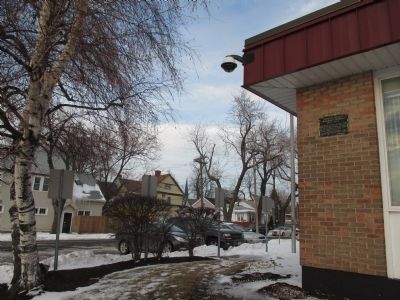 More about this marker. It is not possible to shoot the marker and bridge together. The bridge is constantly watched by U.S. Border Patrol. The figure at the top of the marker is the Buffalo History Museum. 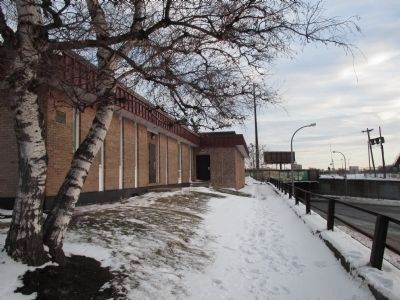 By Anton Schwarzmueller, January 17, 2015
3. Southward - NY 266 Niagara Street
To the right, the railroad overpass leads to the International Railroad Bridge. Marker is between the tree trunks.
. Video of the swing portion of the International Railway Bridge closing over the Black Rock Channel and Interstate 190. Note the single lane steel deck on the south side of the swing bridge that the public can drive on to access the northern part of Unity Island (nee Squaw Island) and Broderick Park. (Submitted on September 19, 2016, by Anton Schwarzmueller of Wilson, New York.) 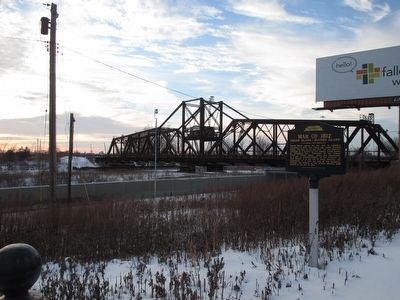 By Anton Schwarzmueller, January 17, 2015
4. International Railroad Bridge Black Rock Canal Span
This swing span of the bridge is over the Black Rock Canal (left side)and Interstate 190 (right side - depressed). This span is from Squaw Island (left) to the U.S. mainland (right). It does occassionaly swing open in season for ships. The marker is Squaw Island- Divided Island and it is in the database. The island has been officially renamed Unity Island. 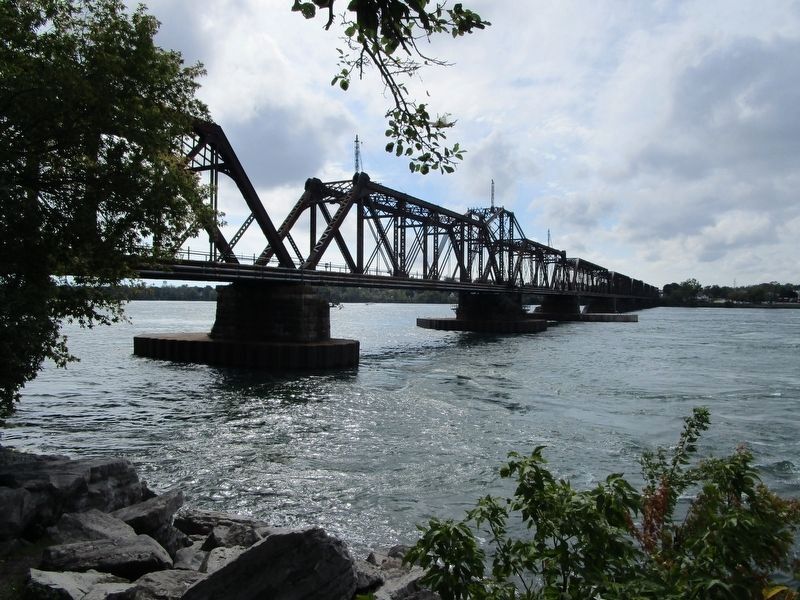 By Anton Schwarzmueller, September 18, 2016
5. North Side of International Railroad Bridge
From Unity Island towards Canada. 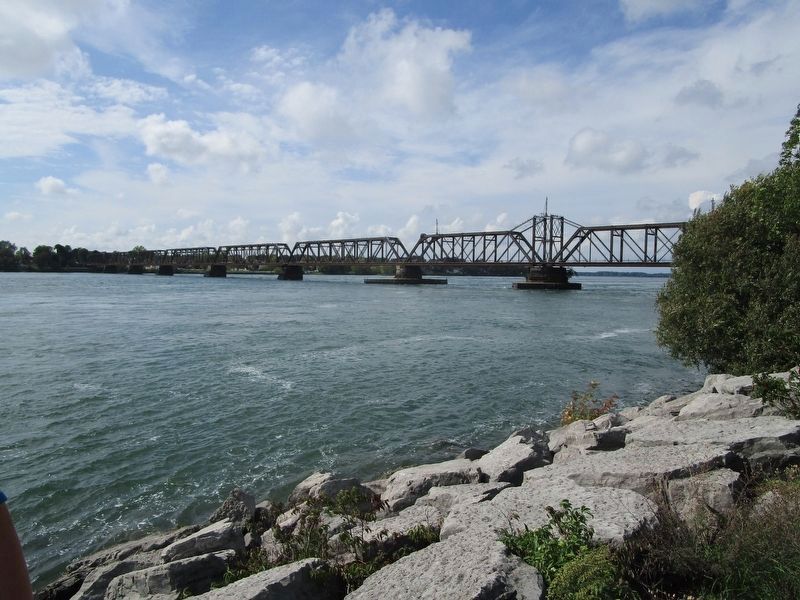