Erected by the Grateful People 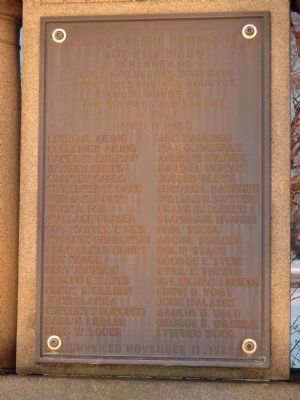 By Anton Schwarzmueller, January 17, 2015
1. WWI Memorial - 21st Ward of Buffalo
This area of Buffalo is "Riverside".
Inscription.
Erected by the Grateful People. .
Erected by the grateful people of the 21st Ward in memory of these, our heroes, who gave their lives for our country and in honor of our soldiers and sailors in the World War

Unveiled November 11, 1922 . This memorial was erected in 1922 by People of the 21st Ward of Buffalo. It is in Buffalo in Erie County New York 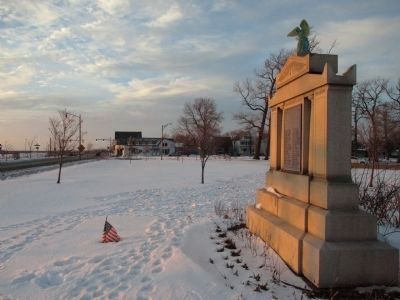 Other nearby markers. At least 8 other markers are within 2 miles of this marker, measured as the crow flies. Park with a View (within shouting distance of this marker); In Memory of the Sons and Daughters (about 300 feet away, measured in a direct line); Bernard G. Hitro Jr. (approx. ¼ mile away); Hunting and Fishing off the Porch (approx. 0.6 miles away); Niagara River Corridor / Avian Walk (approx. 0.6 miles away); The Niagara River (approx. ¾ mile away); Tow Path Park (approx. 1.1 miles away); The Fenian Invasion of 1866 (approx. 1.1 miles away). Touch for a list and map of all markers in Buffalo. 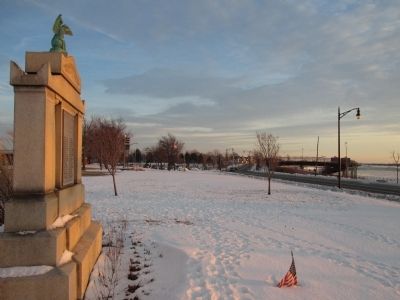 By Anton Schwarzmueller, January 17, 2015
3. Southward - Niagara Street
To the right is Niagara Street, a pedestrian overpass of Interstate 190, and the Niagara River. 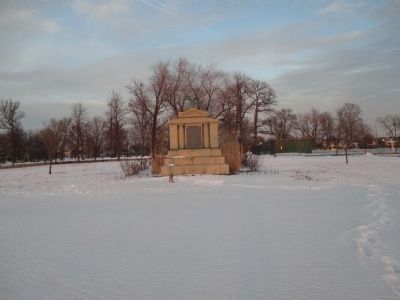