"Our Horizon is the Universe" 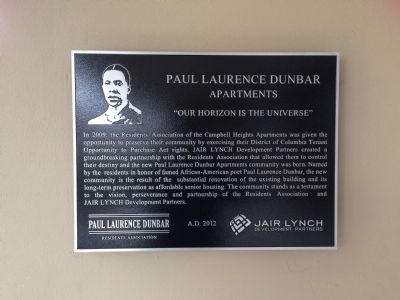 In 2009, the Residents Association of the Campbell Heights Apartments was given the opportunity to preserve their community by exercising their District of Columbia Tenant Opportunity to Purchase Act rights. Jair Lynch Development Partners created a groundbreaking partnership with the Residents Association that allowed them to control their destiny and the new Paul Laurence Dunbar Apartments community was born. Named by the residents in honor of the famed African-American poet Paul Laurence Dunbar, the new community is the result of the substantial renovation of the existing building and its long-term preservation as affordable senior housing. The community stands as a testament to the vision, perseverance and partnership of the Residents Association and Jair Lynch Development Partners.

Topics. This historical marker is listed in this topic list: African Americans. 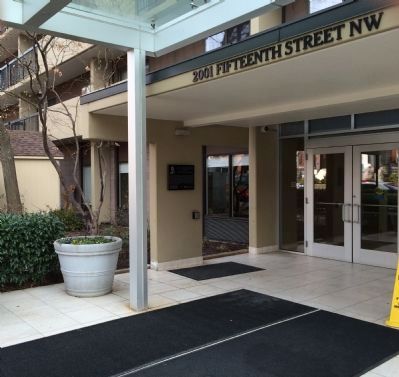 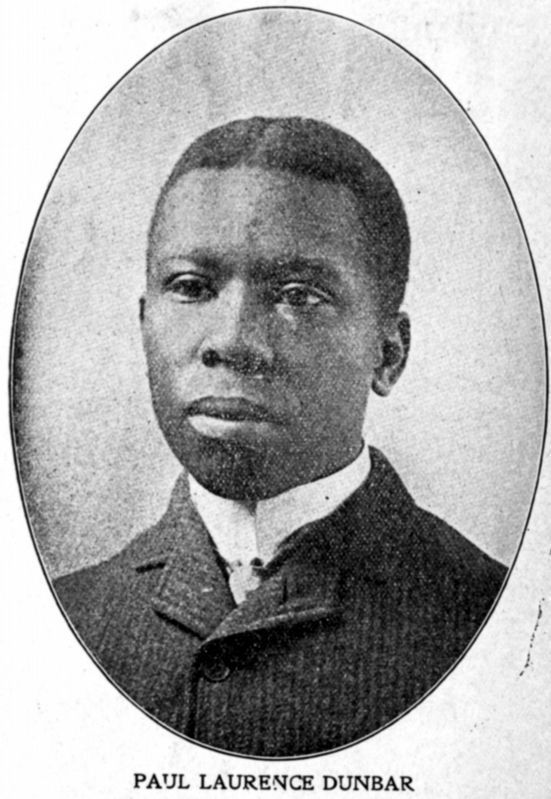 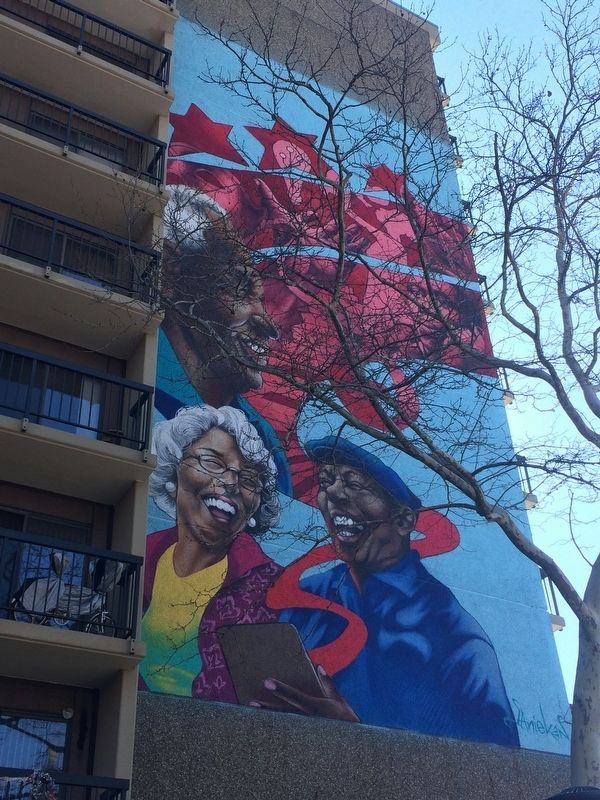