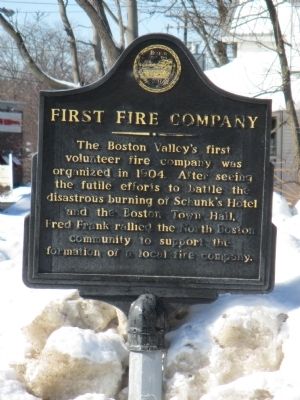 The Boston Valley's first volunteer fire company was organized in 1904. After seeing the futile efforts to battle the disastrous burning of Schunk's Hotel and the Boston Town Hall, Fred Frank rallied the North Boston community to support the formation of a local fire company.

Topics. This historical marker is listed in this topic list: Charity & Public Work. A significant historical year for this entry is 1904.

Other nearby markers. At least 8 other markers are within 4 miles of this marker, measured as the crow flies. Typhoid Traced to Well (about 500 feet away, measured in a direct line); Site of the John Love Murder (approx. ¾ mile away); Home of Tallcut Patchin (approx. 1.7 miles away); West Boston (approx. 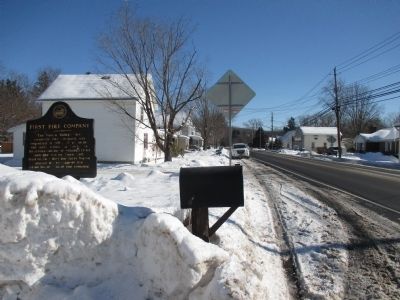 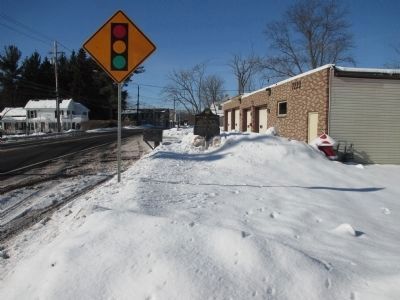 Photographed By Anton Schwarzmueller, January 28, 2015
3. Westward
The traffic signal sign is for the intersection and termini of NY routes 391 and 277. 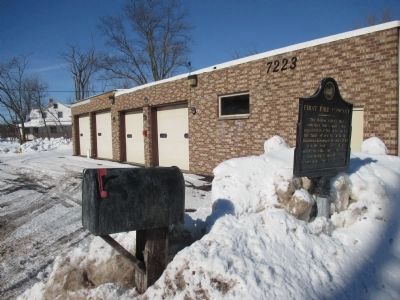