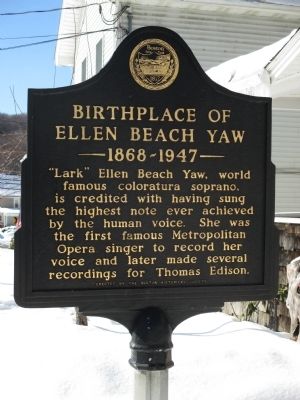 "Lark" Ellen Beach Yaw, world famous coloratura soprano, is credited with having sung the highest note ever achieved by the human voice. She was the first famous Metropolitan Opera singer to record her voice and later made several recordings for Thomas Edison. 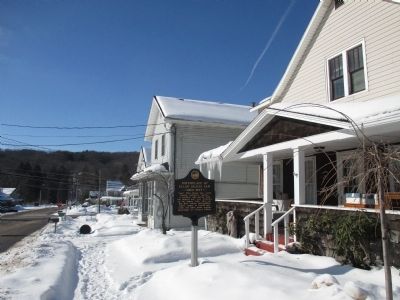 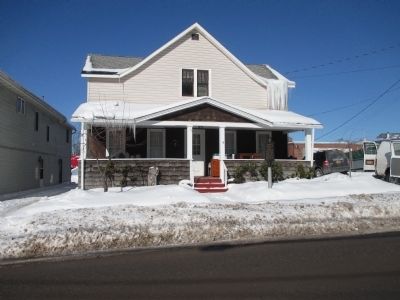 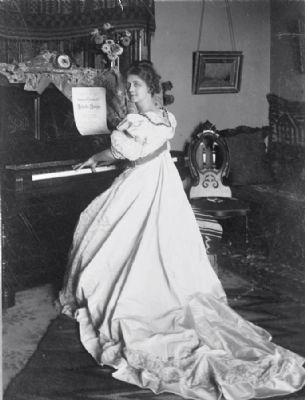