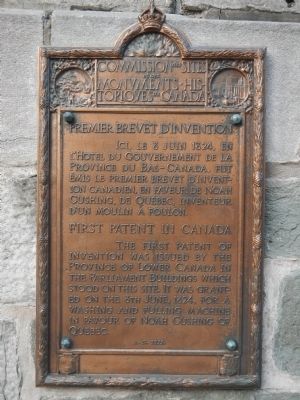 The first patent of invention was issued by the Province of Lower Canada in the Parliament Buildings which stood on this site. It was granted on the 8th June, 1824, for a washing and fulling machine in favour of Noah Cushing of Quebec

Topics and series. This historical marker is listed in this topic list: Industry & Commerce. In addition, it is included in the Canada, Historic Sites and Monuments Board series list. 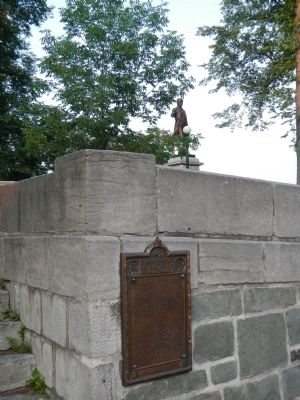