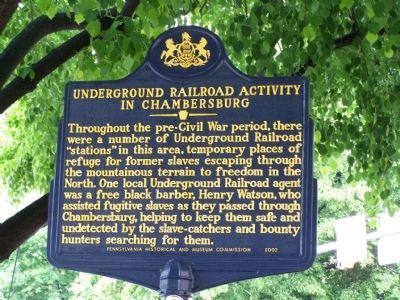 Throughout the pre-Civil War period, there were a number of Underground Railroad "stations" in this area, temporary places of refuge for former slaves escaping through the mountainous terrain to freedom in the North. One local Underground Railroad agent was a free black barber, Henry Watson, who assisted fugitive slaves as they passed through Chambersburg, helping to keep them safe and undetected by the slave-catchers and bounty hunters searching for them.

Topics and series. This historical marker is listed in these topic lists: Abolition & Underground RR • African Americans • Industry & Commerce. In addition, it is included in the Pennsylvania Historical and Museum Commission series list. 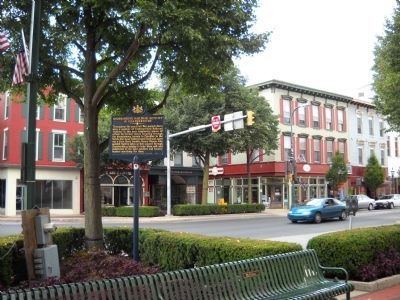 Click or scan to see
this page online
Touch for map. Marker is in this post office area: Chambersburg PA 17201, United States of America. Touch for directions. 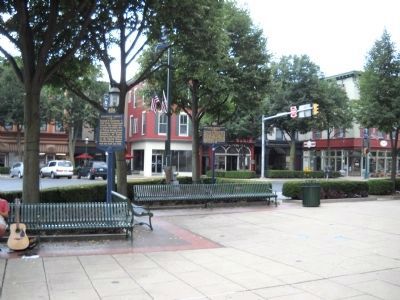 Photographed By Bill Coughlin, August 7, 2010
3. Markers in Chambersburg
There are several markers in this vicinity. The Underground Railroad Activity marker is seen here in the center of the photo. 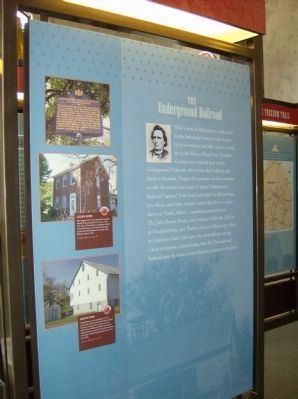