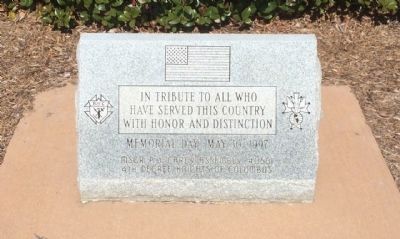 By Mark Hilton, February 19, 2015
1. Military Service Monument Marker
Inscription.
Military Service Monument. .
In tribute to all who have served this country with honor and distinction, Memorial Day May 30 1997, Msgr. P. J. Carey Assembly #0561 4th Degree Knights of Columbus. . This monument was erected in 1997 by the Knights of Columbus.. It is Near Moss Point in Jackson County Mississippi

Erected 1997 by the Knights of Columbus.

Location. 30° 27.723′ N, 88° 26.07′ W. Marker is near Moss Point, Mississippi, in Jackson County. Memorial can be reached from Interstate 10 at milepost 75,, one mile west of Franklin Creek Road. Located in front of the Mississippi Welcome Center Rest Stop, just west of the Mississippi/Alabama State lines. Touch for map. Marker is in this post office area: Moss Point MS 39562, United States of America. Touch for directions. 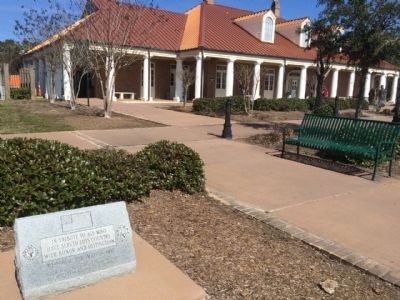