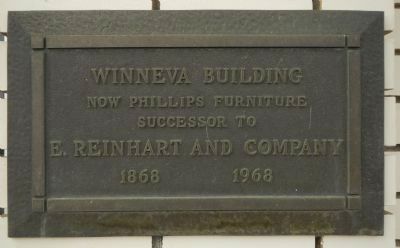 By Barry Swackhamer, August 29, 2014
1. Winneva Building Marker
Inscription.
Winneva Building. .
Now Phillips Furniture Successor to E. Reinhart and Company 1868 , 1968 . . This historical marker was erected in 1968. It is in Winnemucca in Humboldt County Nevada

Topics. This historical marker is listed in this topic list: Industry & Commerce. A significant historical year for this entry is 1868. 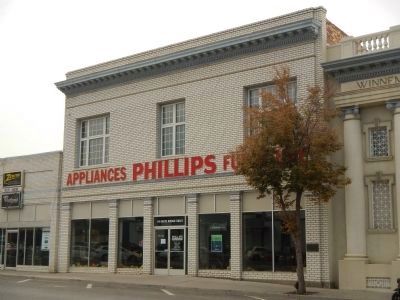 By Barry Swackhamer, August 29, 2014
2. Winneva Building and Marker
The marker is visible on the right side of the building.