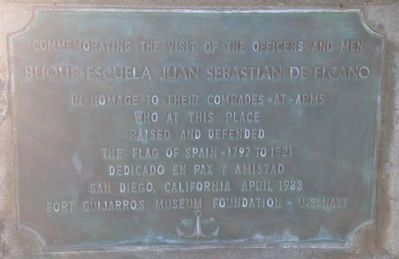 Commemorating the visit of the officers and men
Buque Escuela Juan Sebastian de Elcano
in homage to their comrades-at-arms who at this place raised and defended the flag of Spain - 1797 to 1821
Dedicado en pax y amistad
San Diego, California, April 1983

Erected 1983 by Fort Guijarros Museum Foundation and the U.S. Navy. 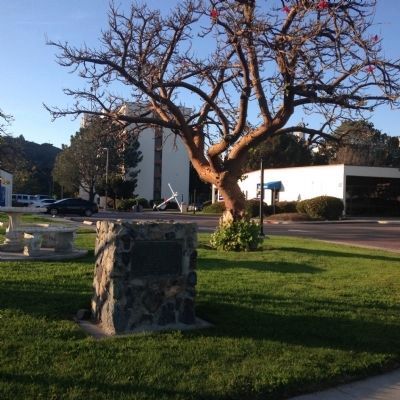