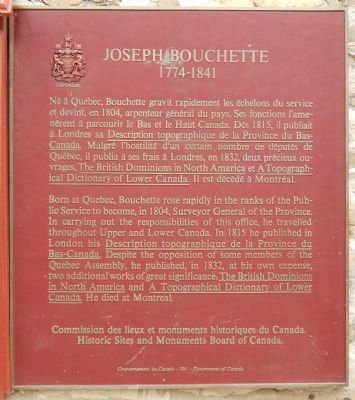 English:
Born at Quebec, Bouchette rose rapidly in the ranks of the Public Service to become, in 1804, Surveyor General of the Province. In carrying out the responsibilities of this office, he travelled throughout Upper and Lower Canada. In 1815 he published in London his Description topographique de la Province du Bas-Canada. Despite the opposition of some members of the Quebec Assembly, he published, in 1832, at his own expense, two additional works of great significance, The British Dominions in North American and A Topographical Dictionary of Lower Canada. He died in Montréal. 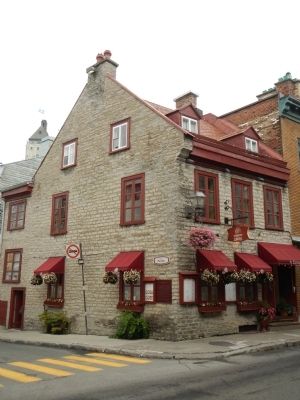 Topics and series. This historical marker is listed in these topic lists: Exploration • Science & Medicine. In addition, it is included in the Canada, Historic Sites and Monuments Board series list.

More about this marker. This marker is on the Rue du Parloir side of the building. 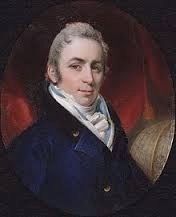