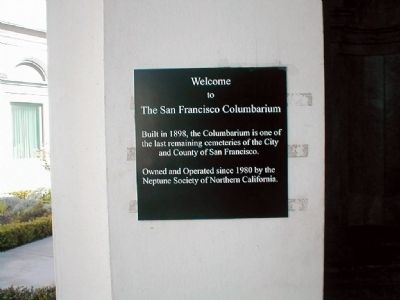 Welcome to The San Francisco Columbarium.

Built in 1898, the Columbarium is one of the last remaining cemeteries of the City and County of San Francisco. Owned and Operated since 1980 by the Neptune Society of Northern California

Topics. This historical marker is listed in this topic list: Cemeteries & Burial Sites. A significant historical year for this entry is 1898. 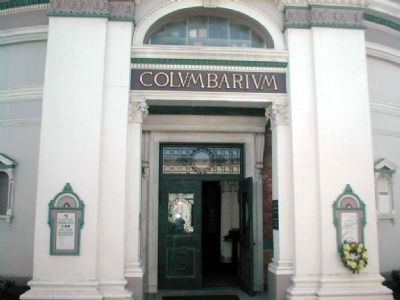 Photographed By Don Morfe, October 12, 2006
2. The San Francisco Columbarium Marker
The marker is on the right side of the entrance door

Click or scan to see
this page online
(approx. 0.8 miles away); Juan Bautista de Anza (approx. 0.9 miles away). Touch for a list and map of all markers in San Francisco. 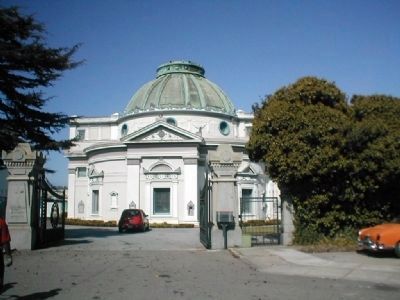 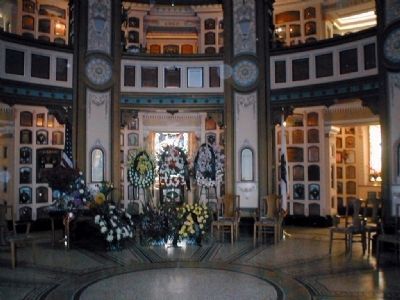 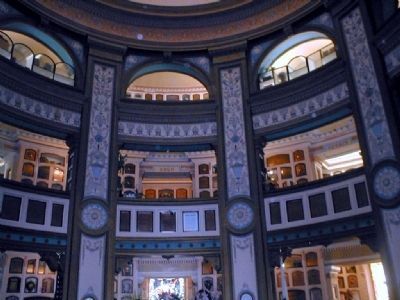 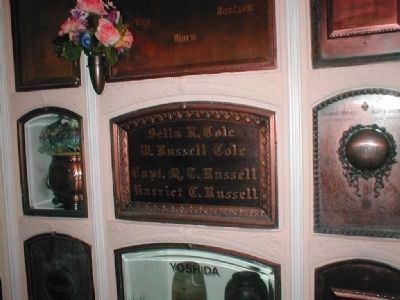