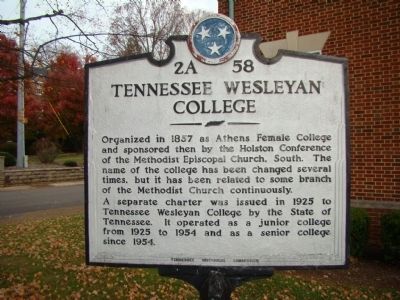 Organized in 1857 as Athens Female College and sponsored then by the Holston Conference of the Methodist Episcopal Church, South. The name of the college has been changed several times, but it has been related to some branch of the Methodist Church continuously.

A separate charter was issued in 1925 to Tennessee Wesleyan College by the State of Tennessee. It operated as a junior college from 1925 to 1954 and as a senior college since 1954.

Topics and series. This historical marker is listed in this topic list: Education. In addition, it is included in the Tennessee Historical Commission series list. A significant historical year for this entry is 1857. 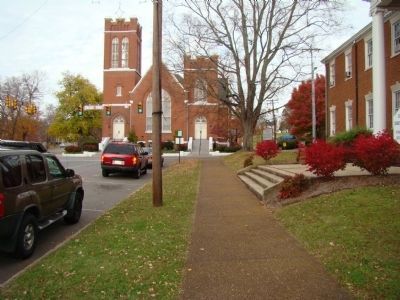