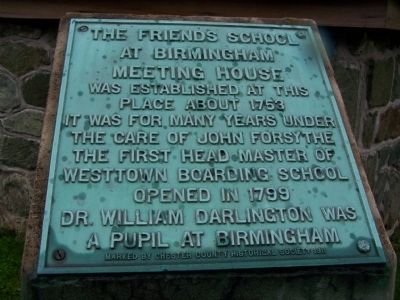 Was established at this place about 1753. It was for many years under the care of John Forsythe, the First Head Master of Westtown Boarding School opened in 1799. Dr. William Darlington was a pupil at Birmingham.

Topics. This historical marker is listed in these topic lists: Churches & Religion • Colonial Era • Education. A significant historical year for this entry is 1753. 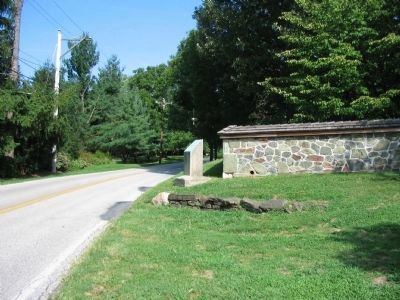 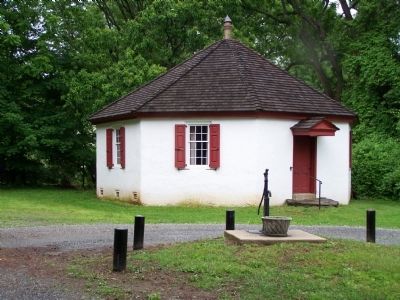