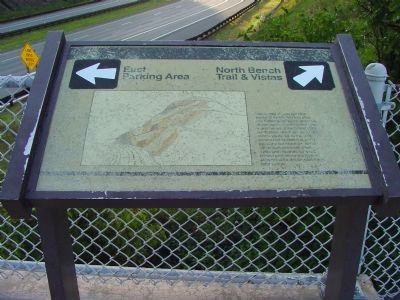 By J. J. Prats, August 13, 2006
1. Sideling Hill Cut North Bench Marker
Inscription.
Sideling Hill Cut North Bench. . The sweep of geologic time exposed by this 380 foot slice into Sideling Hill spans about 20 million years. From the dark gray marine rocks at the far end of the north slope which are about 36 million years old, to the white continental sandstones at the top of the cut which are about 340 million years old, seas, rivers and marshes have left behind sediments in a layered story of the earth’s formation and reformation. . This historical marker is Near Hancock in Washington County Maryland

Location. Marker has been reported missing. It was located near 39° 43.118′ N, 78° 16.86′ W. Marker was near Hancock, Maryland, in Washington County. Marker was on the westbound Sideling Hill Visitors Center (Interstate 68 at milepost 75) near Exit 77 (Maryland Route 144), on the right when traveling west. Marker can also be reached from the eastbound Rest 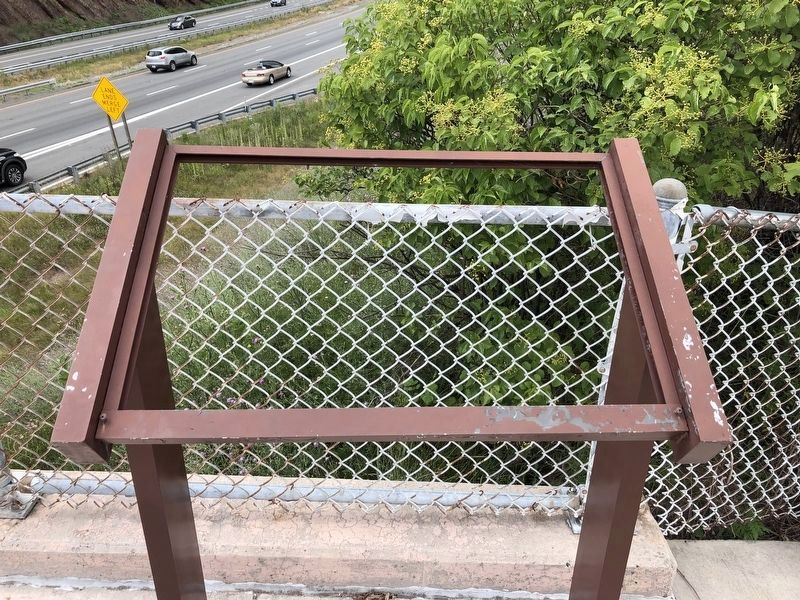 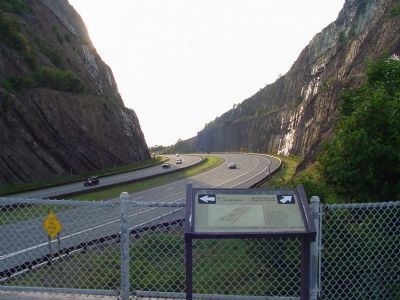 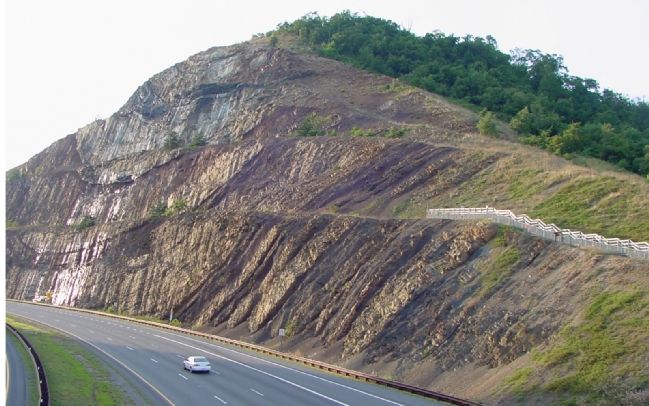