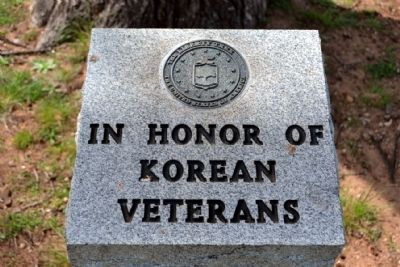 In Honor Of
Korean
Veterans

Location. 31° 58.156′ N, 99° 57.537′ W. Marker is in Winters, Texas, in Runnels County. Memorial can be reached from the intersection of N. Rogers Street and Novice Road (Farm to Market Road 1770). Marker is located near the main entrance to Ted Meyers Park. Touch for map. Marker is in this post office area: Winters TX 79567, United States of America. Touch for directions.

More about this memorial. On the two sides of the marker are embedded medallions for the Veterans of Foreign Wars of the United States and for the Ladies Auxiliary V.F.W. On the top of the marker is a medallion for The Liberty Tree, a tree memorial program of the V.F.W.

Additional comments.
1. Roger Hornsby
Near the marker and at the entrance to the park is a sign proclaiming Winters as the birthplace of Major League Baseball Hall of 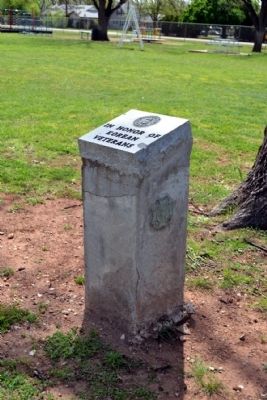 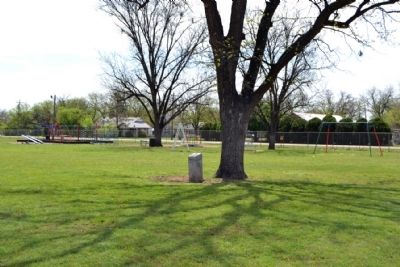 By Duane Hall, April 10, 2015
3. Winters Korean Veterans Memorial
Next to The Liberty Tree 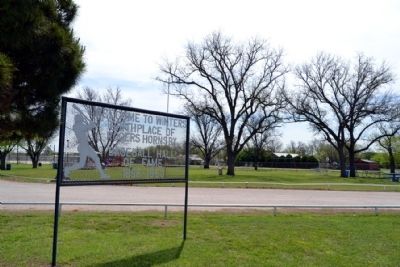