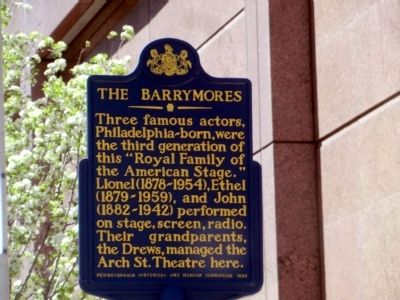 By Don Morfe, April 25, 2015
1. The Barrymores Marker
Inscription.
The Barrymores. . Three famous actors, Philadelphia-born, were the third generation of this "Royal Family of the American Stage." Lionel (1878-1954), Ethel (1879-1959), and John (1882-1942) performed on stage, screen, radio. Their grandparents, the Drews, managed the Arch St. Theatre here . This historical marker was erected in 1996 by Pennsylvania Historical & Museum Commission. It is in Philadelphia in Philadelphia County Pennsylvania

Topics and series. This historical marker is listed in these topic lists: Arts, Letters, Music • Entertainment. In addition, it is included in the Pennsylvania Historical and Museum Commission series list. 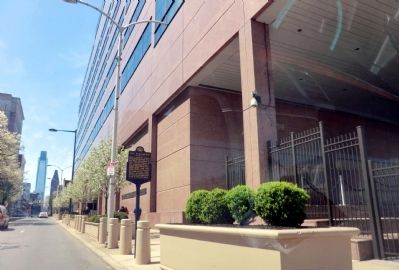