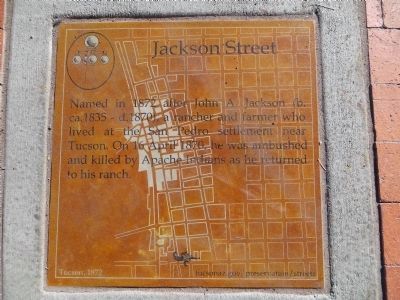 By Bill Kirchner, October 20, 2013
1. Jackson Street Marker
Marker is mounted horizontally in the sidewalk.
Inscription.
Jackson Street. . Named in 1872 after John A. Jackson (ca 1835-d.1870), a rancher and farmer who lived at the San Pedro settlement near Tucson. On 16 April 1870, he was ambushed and killed by Apache Indians as he returned to his ranch. . This historical marker was erected in 2013 by City of Tucson Historic Preservation Office. It is in Tucson in Pima County Arizona

Topics. This historical marker is listed in this topic list: Roads & Vehicles. A significant historical date for this entry is April 16, 1870. 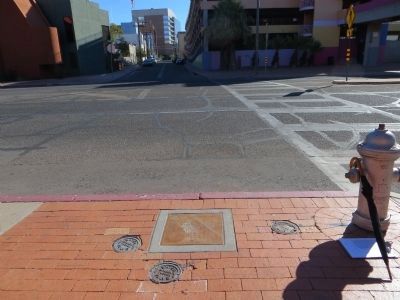 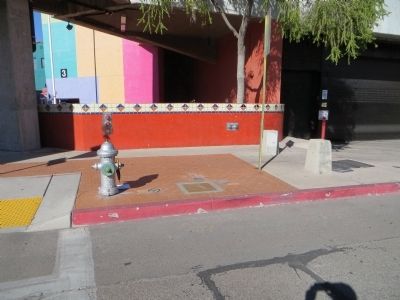