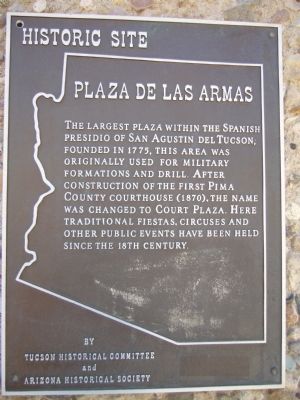 The largest plaza within the Spanish presidio of San Agustin del Tucson, founded in 1775, this area was originally used for military formations and drill. After construction of the first Pima County courthouse (1870), the name was changed to Court Plaza. Here traditional fiestas, circuses and other public events have been held since the 18th century.

Topics and series. This historical marker is listed in these topic lists: Hispanic Americans • Notable Places • 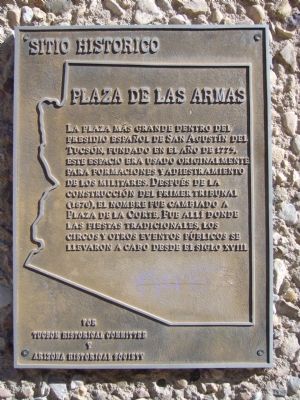 Click or scan to see
this page online
Settlements & Settlers. In addition, it is included in the Arizona, The Presidio Trail series list. A significant historical year for this entry is 1775. 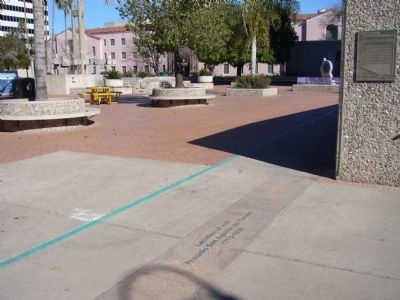 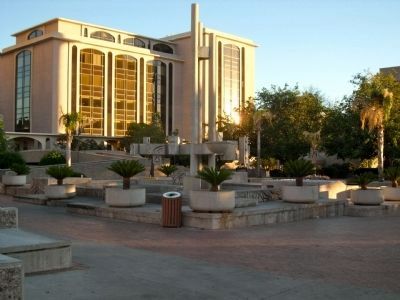