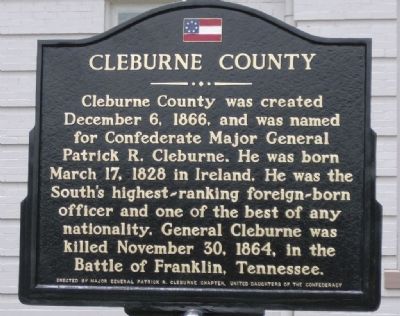 Cleburne County was created December 6, 1866, and was named for Confederate Major General Patrick R. Cleburne. He was born March 17, 1828 in Ireland. He was the South's highest-ranking foreign-born officer and one of the best of any nationality. General Cleburne was killed November 30, 1864 in the Battle of Franklin, Tennessee.

Topics and series. This historical marker is listed in these topic lists: Government & Politics • War, US Civil. In addition, it is included in the United Daughters of the Confederacy series list. A significant historical month for this entry is March 1808.

Other nearby markers. At least 8 other markers are within 13 miles of this marker, measured as the crow flies. Better Understandings, New Friendships (approx. 12 miles away); Muscogee (Creek) Nation 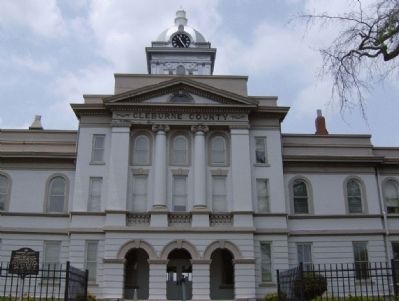 Photographed By David Tibbs, May 27, 2008
2. Cleburne County Courthouse
The marker can be seen in the lower left hand side. 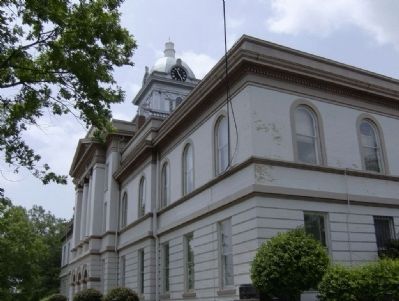