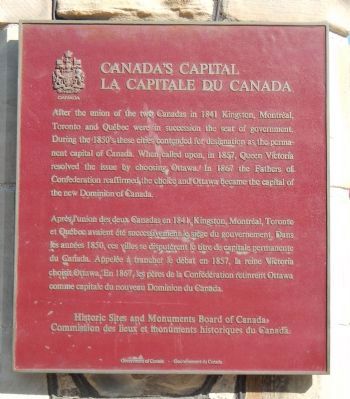 English:
After the union of the two Canadas in 1841 Kingston, Montréal, Toronto and Québec were in succession the seat of government. During the 1850's these cities contended for designation as the permanent capital of Canada. When called upon, in 1857, Queen Victoria resolved the issue by choosing Ottawa. In 1867 the Fathers of Confederation reaffirmed the choice and Ottawa became the capital of the new Dominion of Canada.

Topics. This historical marker is listed in this topic list: Government & Politics. A significant historical year for this entry is 1841. 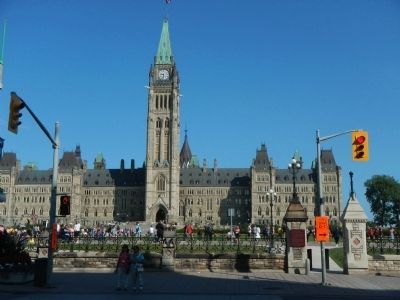 Also see . . .  Parliament Hill - Wikipedia. Parliament Hill..., colloquially known as The Hill, is an area of Crown land on the southern banks of the Ottawa River in Downtown Ottawa, Ontario. Its Gothic revival suite of buildings serves as the home of the Parliament of Canada and contains a number of architectural elements of national symbolic importance. Parliament Hill attracts approximately 3 million visitors each year. 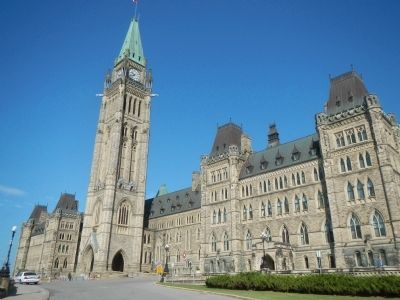