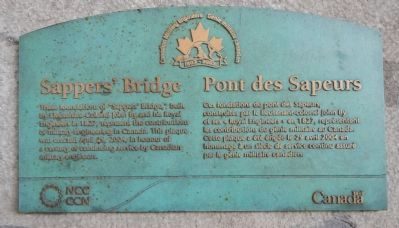 English:
These foundations of “Sappers’ Bridge,” built by Lieutenant-Colonel John By and this Royal Engineers in 1827, represent the contributions of military engineers in Canada. This plaque was erected April 29, 2004, in honour of a century of continuing service by Canadian military engineers.

Topics. This historical marker is listed in this topic list: Bridges & Viaducts. A significant historical date for this entry is April 29, 1813. 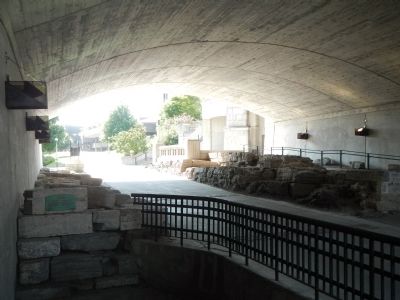