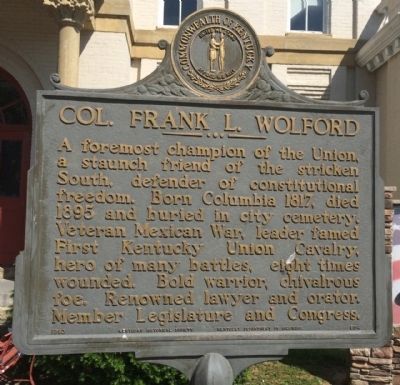 Topics and series. This historical marker is listed in these topic lists: Government & Politics • War, Mexican-American • War, US Civil. In addition, it is included in the Kentucky Historical Society series list.

Location. 37° 6.164′ N, 85° 18.354′ W. Marker is in Columbia, Kentucky, in Adair County. Marker is at the intersection of Public Square and Campbellsville Street (Kentucky Route 55), on the left when traveling east on Public Square. Touch for map. Marker is at or near this postal address: 424 Public Square, Columbia KY 42728, United States of America. Touch for directions. 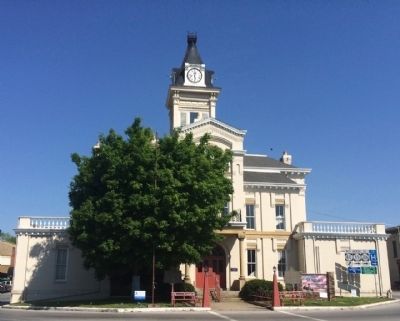 Also see . . .  University of Kentucky biography on Colonel Wolford. (Submitted on May 18, 2015, by Mark Hilton of Montgomery, Alabama.) 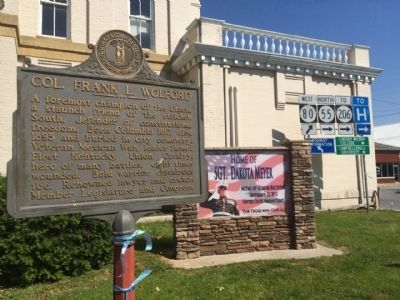 By Mark Hilton, May 8, 2015
3. View looking eastward towards road markers. 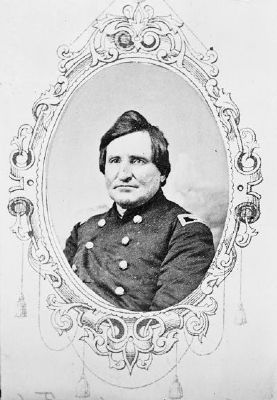