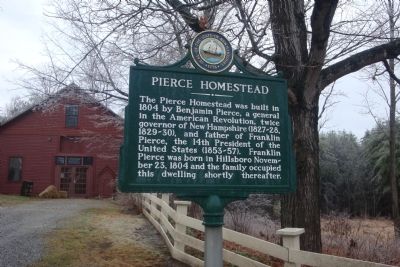 The Pierce Homestead was built in 1804 by Benjamin Pierce, a general in the American Revolution, twice governor of New Hampshire (1827-28, 1829-30), and father of Franklin Pierce, the 14th President of the United States (1853-57). Franklin Pierce was born in Hillsboro November 23, 1804 and the family occupied this dwelling shortly thereafter.

Topics. This historical marker is listed in these topic lists: Government & Politics • War, US Revolutionary.

Other nearby markers. At least 8 other markers are within 9 miles of this marker, measured as the crow flies. Stone Arch Bridges (approx. 1.6 miles away); Memorial Day Order (approx. 2.7 miles 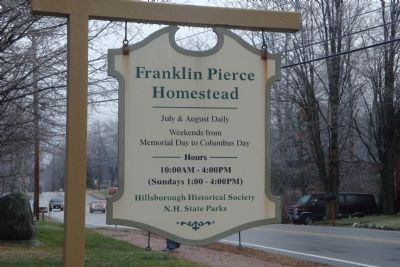 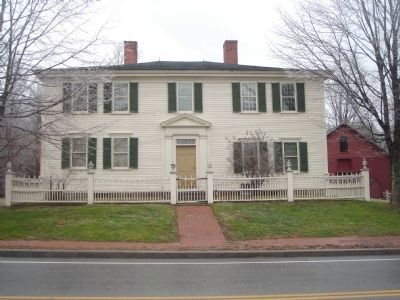 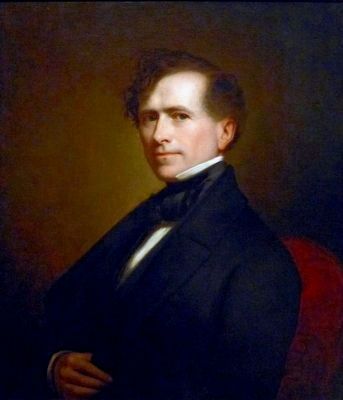 By Allen C. Browne, August 9, 2015
4. Franklin Pierce
This 1853 Portrait of Franklin Pierce by George A. P. Healy hangs in the National Portrait Gallery in Washington. DC.

“In 1852, Franklin Pierce seemed to his fellow Democrats to be an ideal choice for the presidency. A northerner with southern sympathies, Pierce could seemingly engender credibility in both regions in a year marked by continuing debate over slavery. But his willingness to listen to proslavery extrem­ists served the country poorly once he was in office. The most obvious case in point was his approval of the Kansas-Nebraska Act in 1854, which allowed slaveholders to settle in an area once closed to slav­ery. The result was armed violence in Kansas and an escalation in hostilities between North and South. Northerners could not find words harsh enough to describe him: Ralph Waldo Emerson, for example, accused him of ’imbecility.’

George P. A. Healy derived the original version of this image from sittings that took place in Boston in November 1852, shortly after Pierce's election was confirmed. At the same time, Healy was painting for Pierce a likeness of the president-elect's cam­paign biographer and longtime friend Nathaniel Hawthorne.” — National Portrait Gallery 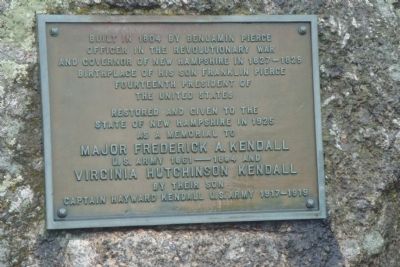 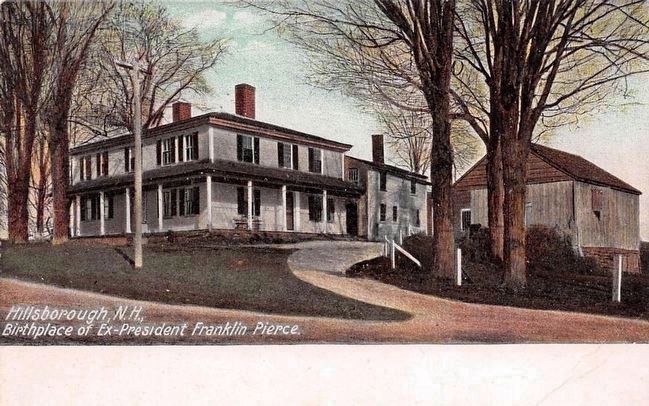